Nearly one-third of teens between the 9th and 12th grade show symptoms of depression, according to the Childtrends, a non-profit research organization that analyzed statistics gathered from CDC national data sets in 2013. The same study showed that 39-percent of girls have reported feeling sad or hopeless, almost double the number of boys who report feeling the same way the same way (21-percent).

Here is the story of two teens who rely on each other as they cope with depression. For the sake of their privacy, they will not be identified.

(Audio note: stay tuned after the story to hear NPR’s David Greene talk to Youth Radio multi-media producer Storm White and social worker Stefan Goldstone about building healthy habits to get through tough emotional times. They describe Youth Radio’s prototype for an app called Mood Ring which allows users to track their feelings using emojis and reach out for help from peers and others when they need it.)

I’ve been voted class clown for the last two years in my class. I also have post anxiety depression.

“I see you as very excited. You’re always playful,” one of my classmates tells me.

Another friend says, “Every time I see you in the hallway you’re either smiling, laughing. It’s who you are and you express it to everyone else.” 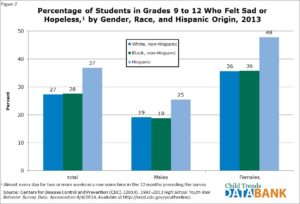 Girls are more likely than boys to report feeling sad or hopeless than boys. Rates were highest among Hispanic female students (48 percent), according to this analysis by Childtrends, a non-profit research organization that analyzed statistics gathered from CDC national data sets.

It’s weird, because I know how I feel in the inside. And now I know how people perceive me on the outside–that I’m like this funny person who like laughs a lot and all that. I don’t want any of them to know how I’m feeling on the inside. So I basically hide all that with that with, like, funniness I guess.

I’ve known Gianni ever since I can remember. He also has post-anxiety depression, but his is a little different than mine.

“I don’t really get anxiety attacks. But when my anxiety does build up, it turns to a form of depression with, like, suicidal thoughts,” he says. “Sometimes, when the depression gets really bad, I feel like that’s the only way. But I know that I can get away from it.”

“Do you like talk to your parents about it?” I ask him.

“No, I would really isolate myself,” he says. “I wouldn’t want to tell anybody that I’m upset, because I kind of like hold myself to a standard that everyone needs to see me happy.”

Considering that we have the same issues, I don’t really know how to help him. Like I want to help him and I want to make him feel better, but I just can’t. Cuz how am I gonna help him if I can’t help myself?

At home, I isolate myself. When I have my anxiety attacks, usually I lay on my back or my side and I start to hyperventilate. Inside [there are] a lot of things just going through my mind, just a lot of bad things. That’s all I think about. And the more I think about it, the worse it gets. So then I usually just cry it out. 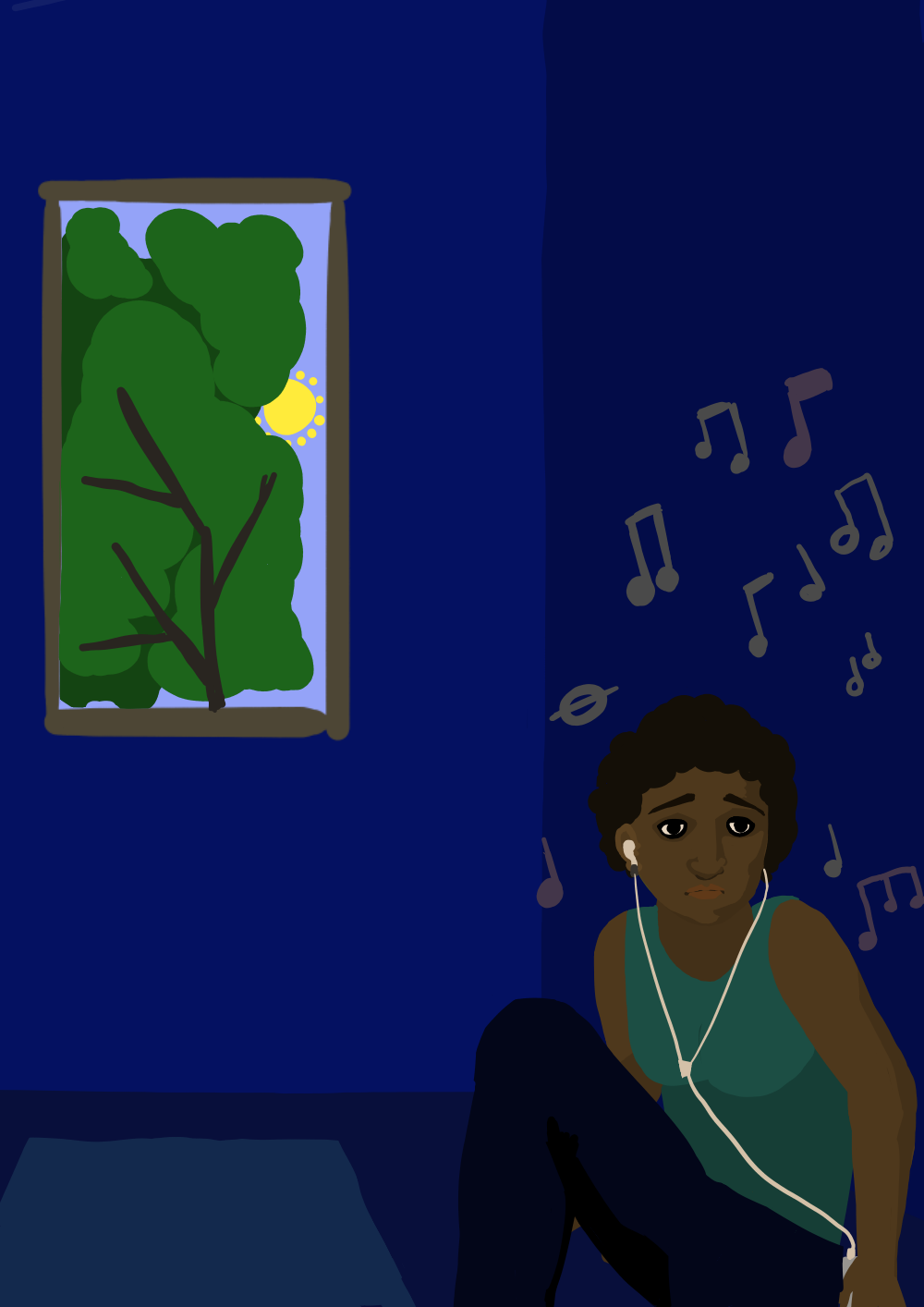 “I remember, I just… we were leaving the school and I’m silent.”

That day, we got out of the car and we just like walked. And, for him, he needs to vent.

“I don’t know why this is happening,” he says, going on and on. And that’s what he needs, he just needs to talk.

“You can either vent, or it turns into like something way worse than what it should be, or what it could’ve been,” I say.

“When we are not okay, when we’re not at our best, somebody has to bring the other one out,” Gianni says. 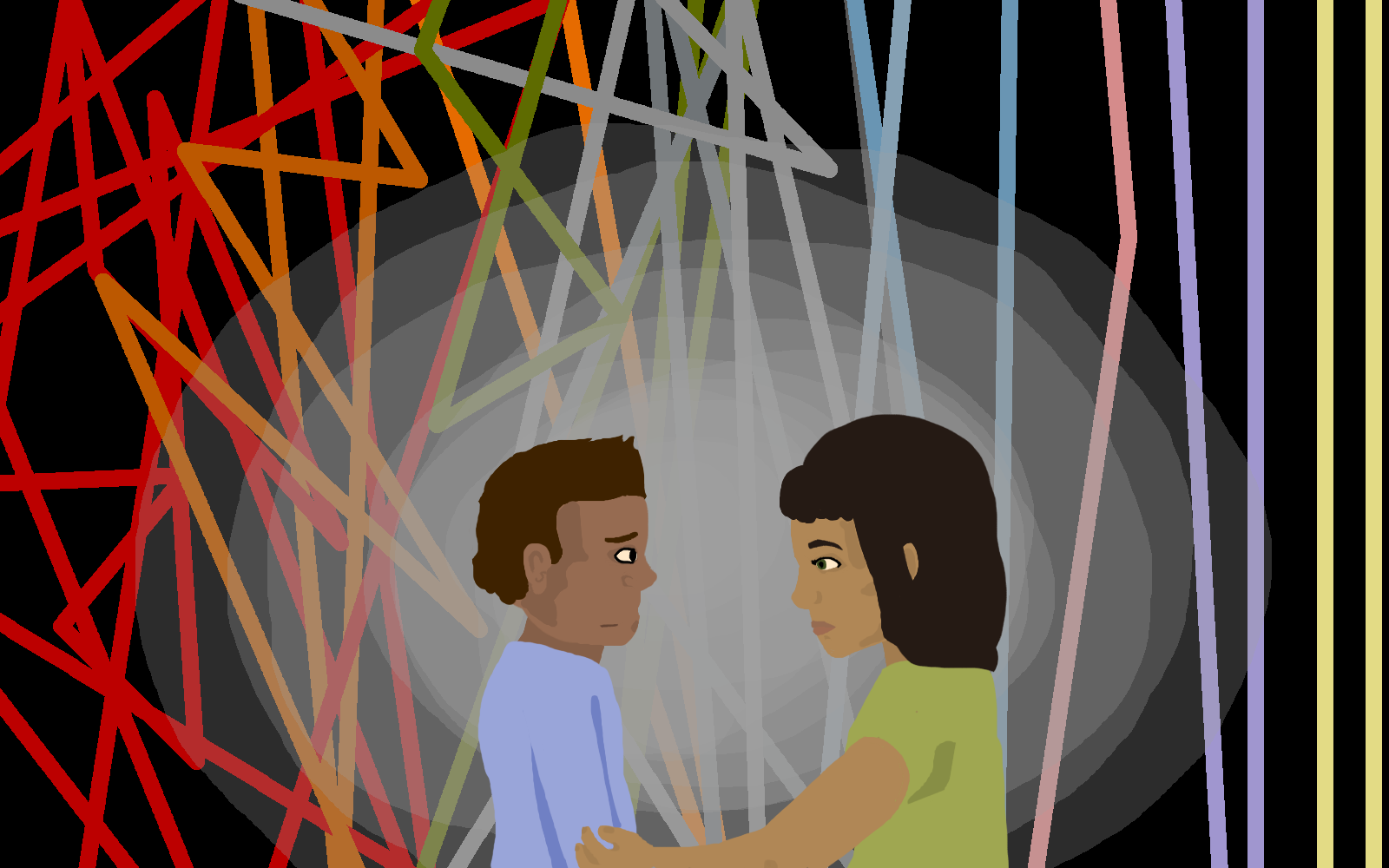