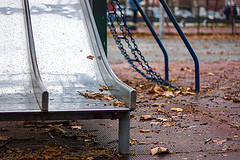 Many of today’s teens face a lot of pressure in their daily lives — studying for classes, participating in extracurricular activities, navigating social relationships, et cetera. With top colleges holding applicants to higher standards than ever before, some parents and schools are pushing students to take on even more responsibilities — often at the expense of their sleep and free time. But according to a growing body of research, people learn better if they are given breaks during their day.

In the world of child health, the importance of breaks is well established. The American Academy of Pediatrics states that “recess is a crucial and necessary component of a child’s development and, as such, it should not be withheld for punitive or academic reasons.” And yet educational policies don’t always align with this concept. In California, for example, a teacher is allowed “to restrict for disciplinary purposes the time a pupil under his or her supervision is allowed for recess.” In other words, misbehaving kids may find themselves kept indoors during play time, even if taking such a break could help them focus better.

“The kids who get (recess taken away) are the high-energy kids, who can’t control their bodies,” said parent Sinead O’Sullivan in a recent article in the news site Berkeleyside.  “It’s the last punishment they need.”

And it’s not just elementary school students who may benefit from breaks. Youth Radio reporter Eli Arbreton says that his high school’s schedule makes it hard for him to focus. “I have four classes before lunch — my first break after almost four hours — and there’s barely enough time to go get food,” he says. “By the end of the school day, I feel pretty tired. But if I had a little break or some time to move around, I think I could do better in and out of school.” Arbreton reports on one high school in Vermont that switched its entire schedule around to create a period for recess, and students say they can focus better as a result. 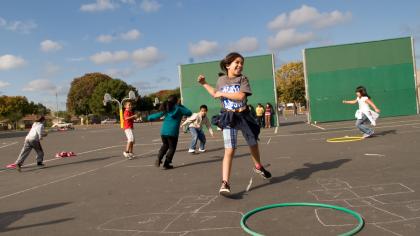 AUDIO: Recess — It’s Not Just For Grade Schoolers Anymore (Youth Radio/Here & Now). High school senior and Youth Radio reporter Eli Arbreton thought that stressful school schedules were a normal part of adolescent life. And then he heard about Montpelier High School, where administrators have set aside 15 minutes per day… for recess.

What would your ideal school schedule look like? How can high schools help students de-stress while still preparing them for higher education? Are you too old for recess? To respond to the Do Now, you can comment below or tweet your response. Be sure to begin your tweet with @KQEDEdspace and end it with #DoNowRecess

AUDIO: In Defense Of Nerd-dom (Youth Radio/NPR). “For most teens, summertime is a break from school, books and teachers’ dirty looks. But not all students look forward to the time off.” Self-professed overachiever, Youth Radio’s Erin Bilir, explains why she wants more academic stimulation, not less.

ARTICLE:Early Class Times Hurt California Children (The Sacramento Bee). With start times at 8 a.m. or earlier, many high schools struggle with students coming in late or falling asleep during classes. But is it really teens’ fault? Not according to Sacramento Bee Opinion columnist, Dan Walters. “In starting school so early, we defy a growing body of research that we’re depriving kids of badly needed sleep by ignoring their natural circadian rhythms,” Walters says. He adds that, while early start times are convenient for some teachers and parents, chronic undersleeping increases student stress and can take a larger toll on kids’ physical health.

AUDIO: Trim Recess? Some Schools Hold On To Child’s Play (NPR). Nine out of ten elementary schools regularly schedule recess, with most play periods lasting about 30 minutes a day. But many districts are under pressure to cut recess time in order to add more instructional time to the day. Low-income kids are more likely to lose playtime — with some schools cutting recess all together. This story takes a look at one elementary school that is trying new ways to close the recess gap.