Donate Now
Haile Shavers speaks at the opening for the Kapor Center for Social Impact.
09.14.16 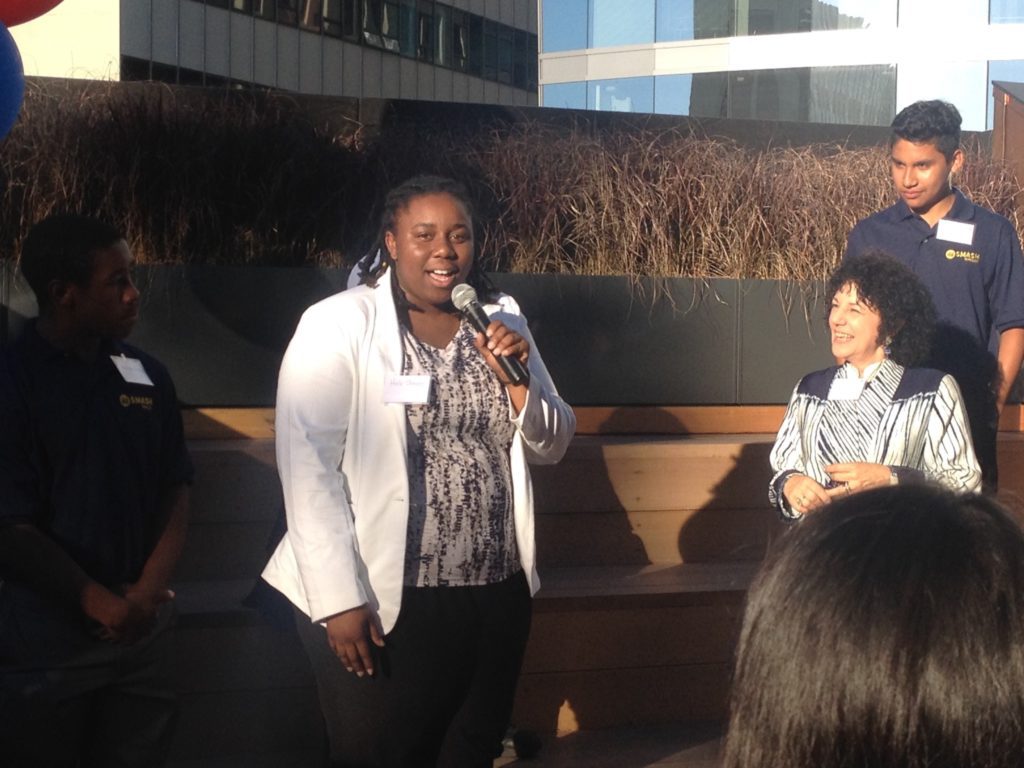 Haile Shavers speaks at the opening for the Kapor Center for Social Impact.

As start-ups and big companies like Uber move into downtown Oakland, the tech industry continues to struggle with workforce diversity. This summer, Google released its latest diversity report, revealing that its workforce is 2% Black, 3% Hispanic, and 31% women. Facebook has a similar race and gender breakdown. Their employees are 2% Black, 4% Hispanic, and 33% women.

The billboard features the face of Haile Shavers, a computer science major at UC Berkeley. Shavers is an alum of SMASH (Summer Math and Science Honors Academy), an educational program for low-income teens of color to take STEM courses. At the opening for the Kapor Center’s Oakland headquarters, Shavers spoke to Youth Radio’s Grace Vaughan Brekke about getting her start in coding. What follows are excerpts from their conversation.

Grace: What do you hope to do with your computer science skills?

Haile Shavers: That’s kind of a big question. I used to want to be a software engineer, but then I found out that’s not really a path I want to take. I like the more social side. I like talking to people about code. I like being collaborative with other people on my team, which is what I do now at NBC. [Haile spent the summer as an Operations & Technical Services Intern at NBC Universal Media.] And even though we write code for a portion of our job, a lot of it is talking.

Grace: What’s it like to be a young woman in the computer science field?

Haile: It’s interesting. It’s a bit lonely. There’s not a lot of women at Berkeley studying computer science, and that number goes down for women of color, black women. There’s like three of us and we’re all best friends.

And even though it’s lonely, that actually makes me work harder. I feel like us being in the computer science major is going to open up doors for younger women of color to go in.

Grace: Was there anything that ever made you consider quitting?

Haile: Umm… yes. I don’t want to say everyday, but there are moments, I would say, especially last semester, about like every two weeks, where it was like mmm, do I really want to do this? … I do. Gotta push, I can’t stop. Like if I did stop, what else am I gonna do? That’s kinda my pep talk to myself. 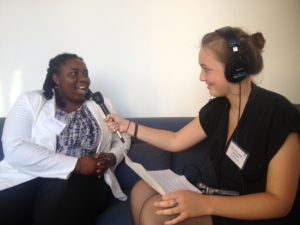 Grace: What were the perceptions of coders among your peers and your community as you grew up in Oakland?

Haile: I definitely didn’t know what coding was, what computer science was.

We had a computer in our house, and I had the privilege of going to like this camp for young girls. We did a workshop, and it was like, “Take apart the computer.” And I did. “Put it back together.” It was cool.

Grace: What was that program called?

Haile: That program was called Expanding Your Horizons. The one workshop I do remember was a computer hardware workshop where we took apart this like big computer, and then put it back together, turned it back on, and it worked.

So immediately, I went home, took apart our computer and my mom was like “Okay, you’re breaking our computer! What’s happening? What are you doing?”

She said, ”Um…okay just be careful. Please don’t electrocute yourself.”

Grace: What would you say to young women trying to figure out what they should study in college?

Haile: I’d say study what you think is fun. Because, honestly, in the end for me, as much as I may complain or be stressed, there’s a part of me that has a lot of fun. If what you want to study is STEM, then find that piece of fun that’s going to keep you going.

Grace: Why is diversity in this field important?