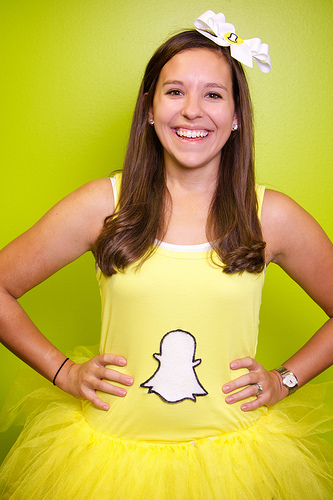 I work around a lot of teenagers. They’re notoriously fickle…from their fashion, to their music, to, these days, their go-to social media platforms. And in 2013, a few standout mobile apps and networks replaced others that no longer make the cut.

What’s out with teens in the social media space is important to investors — but why? Teens aren’t rolling in disposable income, after all. But 16-year-old Jasiri Emerson says teens are the most avid users of social media.

“You need the youth to keep something alive, because old people, you know, they’re not going to be on something all the time, because they have stuff to do,” said Emerson.

Josh Ellman is a partner at the venture capital Firm Greylock Partners in Menlo Park, California. “When we really look at these new technologies, teens are the blank slate,” said Ellman. “We look at where they’re spending time, where they’re sharing more, where they’re doing things they don’t feel like they can do on the other larger platforms all the time.

Take Facebook, and its admission that it’s losing popularity among teens. They flocked to Snapchat, where the photos you take are ephemeral. Many see the shift away from Facebook, and the popularity of Snapchat, as proof of a growing teen desire for privacy. But just as important, teens are drawn to Snapchat, and other apps like Oovoo, What’sApp and Kik, for chat and instant messaging.

Not to be out-chatted, Instagram and Twitter introduced new messaging services recently. Earlier this year, both jumped on another social media trend that’s big with teens: Instagram debuted a video feature. So did Twitter, with its new app, Vine…where teens continuously scroll through six second videos like these.

“Vine is kinda where Instagram got their video idea from, I think, because they came out with ih Vine before Instagram got video. And it’s better than Instagram videos because it’s so fast,” said Youth Radio’s Jasiri Emerson. “People don’t have as much of an attention span anymore, they like fast things, and they like watching things over and over.”

Youth Radio’s Sophie Varon talked to her friends Myles Bess and said besides messaging and video, another big trend sums up the year 2013 in social media:

Photos are crowding out words, and so are other visual forms of communication, like sticker art and emoticons you can use inside social apps. Josh Ellman of Greylock Partners expects they’ll be a big trend in 2014.