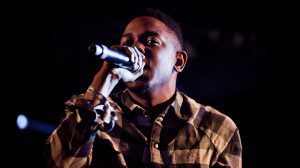 For the past month I have almost exclusively been listening to Kendrick Lamar’s newest album “To Pimp a Butterfly”, it was originally scheduled for release on March 23rd but was leaked a week early. Despite the early release it still managed to sell more than 300,000 copies in it’s 1st week. Kendrick’s latest effort has a wide range of songs that can appeal to almost any fan of hip-hop. It also includes the already very popular singles “i”, “The Blacker the Berry” and “King Kunta”.

One of the great things about “To Pimp a Butterfly” is that it has so many different kinds of songs. Some are built around Kendrick’s vocal abilities like “The Blacker the Berry” and “Momma”. Others explore real world issues, particularly race, like in the song “Complexion”. And some simply feature great beats by artists that most people in the hip-hop and rap world had never even heard of. Artists like bass player Thundercat and indie folk pop artist Sufjan Stevens created the beats behind songs like “Wesley’s Theory” and “Hood Politics”

However even though some of these songs can be built around the same thing, they are still drastically different. For example the songs I mentioned earlier “Momma” and “The Blacker the Berry”, both emphasize Kendrick’s lyrical talent but have a very different feel. In “Momma” Kendrick is relaxed and flows with the beat and creates a very calm energy in one of his more introspective songs. Then in “The Blacker the Berry” he holds nothing back in a very aggressive song where he shifts to being extrospective and uses his on edge energy to create a song that leaves you feeling much different from “Momma”

This variation accompanied by Kendrick’s changing energy, multiple shifts between being introspective and extrospective, all building up to a masterful finish in the final track “Mortal Man”, which includes a very special guest appearance, all adds up to create one great album