The air conditioner is off. School is in session. The leaves are turning colors and falling. Pumpkin spice is in the air. Halloween candy and costumes are aplenty at stores. The fall season is well underway and every day seems better spent wrapped in blankets, sipping on cider and watching “Hocus Pocus” (and every other Halloween movie in existence).

Whether it’s a trip to the pumpkin patch, decorating the house or taking a walk under the autumn leaves, get ready to fall in love with our autumn playlist.

Lace up those boots and order that PSL to go-we’re going for a walk.

While Young the Giant hails from California, they have crafted the perfect song for an outdoor autumn adventure. Sameer Gadhia’s vocals will pull you out of your seat and practically force you to take a walk. Throw in the clattering tambourines and descending guitar, and you’ve got yourself the top song for a fall day.

Singer-songwriter Devan DuBois has maintained mystery and a touch of madness since his debut in 2014. While he has only produced one album, ‘Long Live’ resonates with defining guitar and passionate, pleading vocals. Perhaps DuBois had the right idea of releasing this song and then disappearing from music.

Ben Gibbard and his Washington crew released this ominous, energetic ballad back in 2019, and it is perfect for the season. Listen to it while journeying through the local forest preserve or raking leaves and you’ll feel as if Death Cab has set the scene for you.

Hozier has long been meme’d as the official poster boy for the season of autumn. His discography is full proof that he earned that title, but Moment’s Silence is a defining track that stirs the heart and brings out the fall right to your soul.

Trick-or-treaters, beware. These beats are for a different kind of Halloween party.

English foursome Wolf Alice revamp what your typical alt-rock song sounds like and kick the beat up to ten. With a grumbling acoustic opener that jumps to a fiery-fledge banger in just seconds, it’s no surprise they were Grammy-nominated for this moaning, maddening mix.

Composer Danny Elfman has created the music for the iconic Halloween hits The Nightmare Before Christmas, Corpse Bride, and Men in Black. Go back to the beginning of his decades-spanning music career with this delightfully ghoulish hit from his first mainstream band.

“History Will Not Repeat” by Jessie Paege

Mix mystical with mirth and maddening pop together, and you’ll have this single from singer/actress Jessie Paege. Her voice will haunt you just enough to make you want to watch your back every time you turn a corner.

English songstress Findlay enchants with the right amount of eerie and a dash of sweetness. You’ll feel tempted to run into the night and find what spirits can join you in your evening dancing.

For just the right amount of creepy

Don’t walk alone at night … at least, not while listening to these hits.

Before Billie Eilish, there was Robert Smith of The Cure. His vocals are haunting, daunting, and create a chilling tale of spiders and seduction. Best enjoyed in front of a sunset, you may have trouble sleeping after this one.

Nirvana mastered the ability of the creeping guitar and sinister-but-sweet sounding lyrics, noticeable in ’Heart Shaped Box’. You might be puzzled as to whether the song is gruesomely romantic or just a description of Courtney Love, but one thing is for certain: Kurt Cobain remains the king of blending musical mirth with lyrical menace.

“Out of the Black” by Royal Blood

English rockers Royal Blood thundered onto the music scene in 2014 with ‘Out of the Black’ and seven years later, it’s clear they won’t be forgotten. The lyrics force you to be in fear, to watch for what lurks around every corner. With bass riffs that could summon just about any monster, you’ll be on the edge of your seat from beginning to end.

After a hiatus, Girl Band returned with the critically-acclaimed album The Talkies. However, there are no lyrics for Akineton, the term itself meaning not to move. The sounds ratchet and riot in a recipe for uneasiness. Hearing this in the dark, you won’t want to move a muscle.

“You think I’m crazy?/I’ll burn your house right down/I know you’re crazy/To ride the merry go round round with me”

Ohio duo Lung strikes a nerve and unsettles even the most composed listener. With ‘Horsebath’, you get an electrifying dose of Kate Wakefield and her electric cello. Her voice drives right down into the depths of any listener, warning you to watch your step.

There is no doubt that Billie has mastered the feeling of uneasiness, particularly when her voice drops and raises unexpectedly in a rollercoaster of chilling vocals. ‘crown’ is the perfect blend of subtle scares and beat drops worthy of dancing.

‘Honeymoon’ opens with a jarring twist of strings and suspicion, enough to unsettle even the biggest Lana Del Rey fan. The rest of the song paves way for the typical glamour-meets-dreary Del Rey style. Setting is key here: listen to it at night or in the dark, and you’ll feel as if you’re being sung to be otherworldly spirits, begging for you to come into the darkness with them

“Oh, you feel it creep, creeping at the tempo/Don’t you need it pump, pumping ’til it crumble”

Alt-pop queen Elle King lures you in with rasp and rock, and ‘Shame’ is the perfect song for her dynamic range. The first lyrics of ‘Shame’ psych up listeners with the promise of creeps and shivers in every line, with the rest of the song delivering slight disturbances and delights. 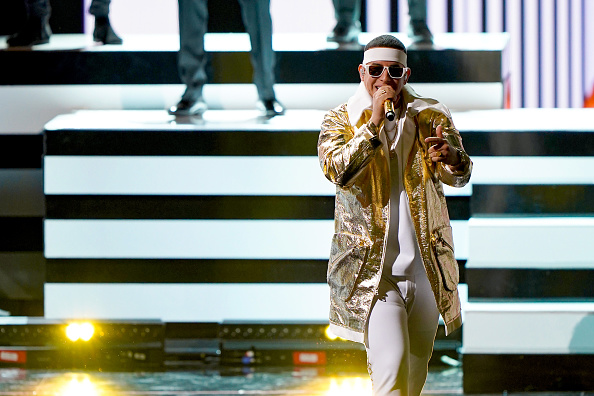 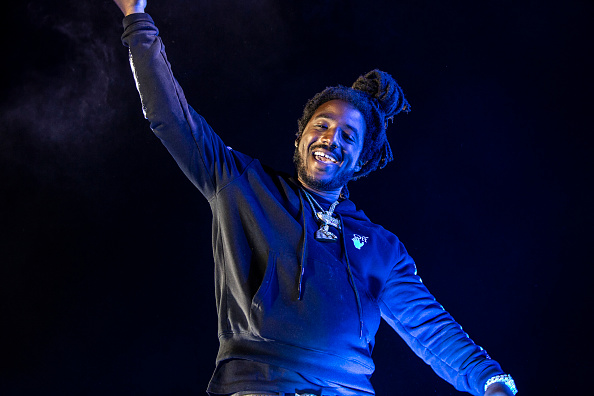 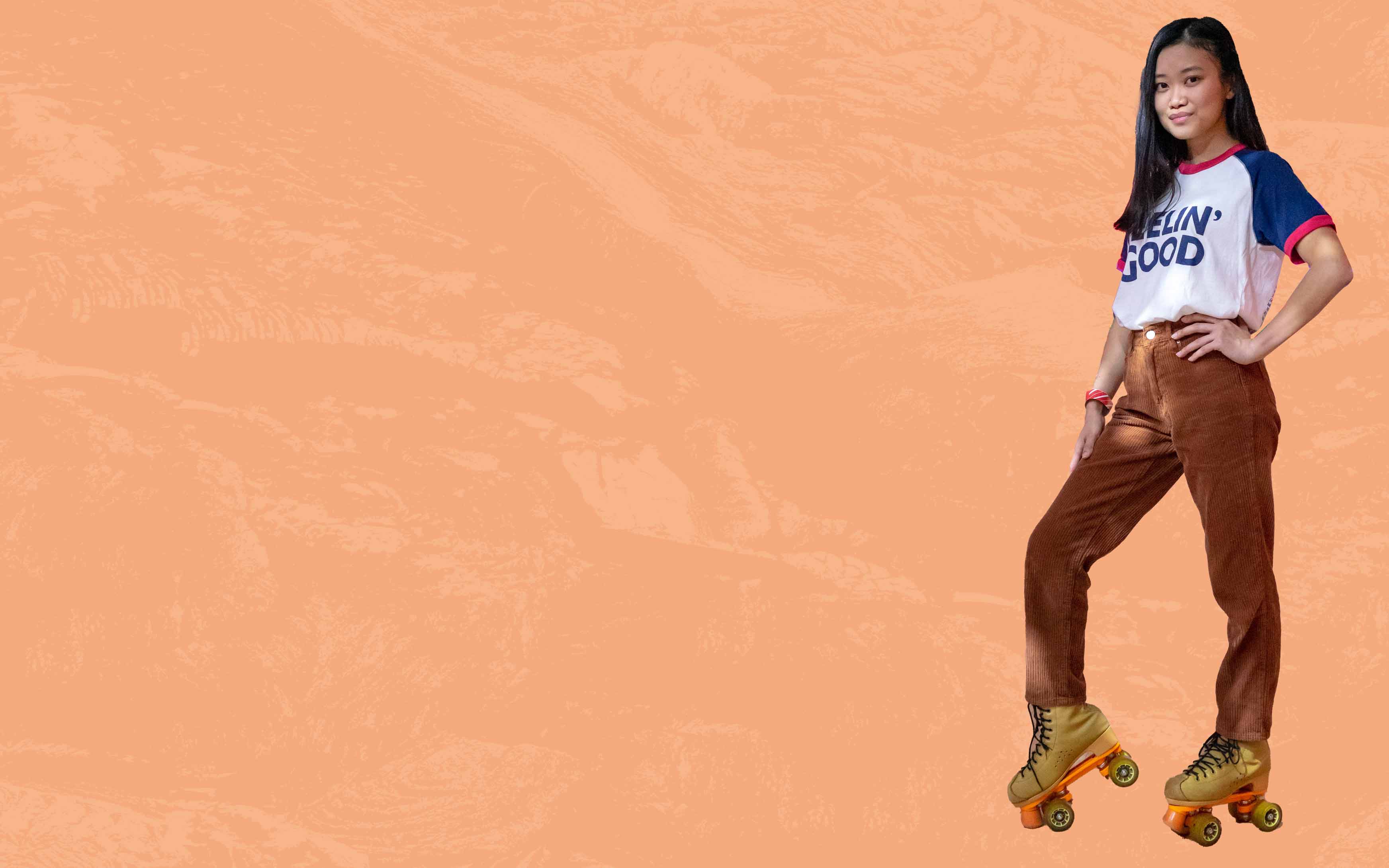