Malone’s team speaks to both the brilliance of the multi-hyphenate entertainer and his limitless potential. This comes from his curiosity and natural talent for seeking out and creating music. As a kid, he claimed that he would listen to everything from Ozzy Ozbourne to Wu-Tang Clan and that is why there is such ambiguity within his music.

There is no question that he is extremely talented as both a multi-instrumentalist musician and a singer-songwriter, but is he really “shattering” the idea of hip-hop by meshing rock ’n’ roll and rap together?

The answer is yes if you listen to Malone’s fans, friends and team members. They make a claim that he is revolutionizing the rap genre by incorporating a lot of rock ’n’ roll elements into his music. Many people whole-heartedly agree and some even take it to a greater extent and believe this is the new age of rock ’n’ roll.

While he is both a great artist and musician, he is not by any means revolutionizing hip-hop. Hip-Hop is the revolution. Rock has always been a huge part of hip-hop because it came from rock and you could even say that hip-hop is rock ’n’ roll. But let me be clear, when I say rock ’n’ roll, I do not mean Elvis Presley or the Rolling Stones or even the Beatles. When I say rock ’n’ roll, I mean Chuck Berry, Little Richard and Sister Rosetta Tharpe because that is real rock ’n’ roll. Rock is a Black art that was vigorously white washed and colonized by white people in the Americas and in Europe. It was colonized so effectively that we now see rock as a “white” genre when in fact “white rock” is just an appropriation of real rock ’n’ roll.

Hip-hop was quite literally born from rock ’n’ roll and has always had Rock elements so how is it that Malone -— a white person -— is revolutionizing hip-hop? This is not to say that his musical creativity is colonialism, but it is important to remember and understand that he is a part of a wave. He is not the start. And this idea that he could be the first to mesh rap and rock is born out of the foundation of ignorance that Colonialism thrives on (like a Columbus complex). Black people have been blending hip-hop with rock since the early 1970s from Run-DMC, Ice-T and N.W.A. to 2Pac, Q-Tip and Mos Def.

While “Runaway” has amazing videos and special moments from Malone’s tour, it’s plagued by the historically and culturally ignorant claims regarding what he has accomplished in hip-hop. I recommend this documentary, although it is important to understand the bigger picture and think back to history to gain insight on the real rock ’n’ roll and how it is heavily ingrained into what we call hip-hop today. 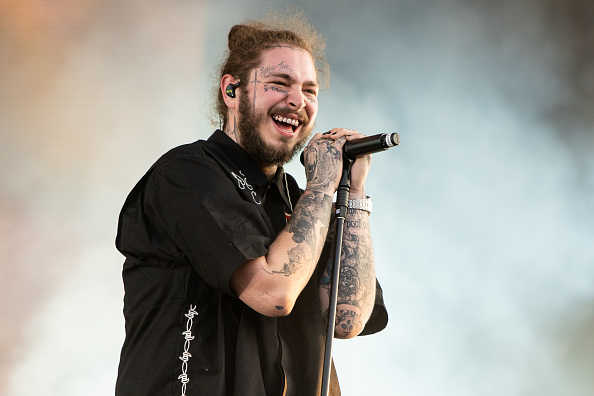