The past two years have ushered in a plethora of new and trailblazing talent. The COVID-19 pandemic, as well as various social justice uprisings driven by social media and citizen journalism, arguably paved the way for unique and provocative voices to be given a seat at the table.

No one is listening to the same genres they were listening to before 2020. Still, many industry newcomers, musical innovators and progressive artists of 2021 haven’t quite received the large-scale recognition they deserve. We’ve compiled a list of 10 of the best, most underrated projects of this year.

S.O.B. undoubtedly helped trailblaze the latest era of West Coast hip-hop over the last half-decade. The group is now a duo consisting of Daboii and Slimmy B as the only active members. However, “Still Gangin” takes fans back to S.O.B.’s hay day, reminiscent of their 2017 debut “SOB X RBE” taking California by storm with hits “Calvin Cambridge,” “Anti,” and “Lane Changing.” DaBoii’s humorous lyricism, Slimmy B’s raspy intensity, and the pair’s unfaltering chemistry shine through as they remind us that, contrary to previous belief, S.O.B. isn’t dead. Somewhat of a comeback mixed with a final “hoorah,” “Still Gangin” is a necessary listen for Bay Area rap fans.

Greentea Peng’s debut “MAN MADE“ blends funk, rap, reggae, neo-soul and more only to be placed in the catch-all drawer of “alternative” because it is simply too unique to be categorized. “I’m ready to make a new sound,” the London native sings on “Kali V2.” She does just that across 18 unique tracks. Peng sprinkles socially conscious messages and uplifting affirmations over trippy instrumentals that match her 60s hippie-esque album cover, reminiscent of the Jimi Hendrix Experience’s cover for “Are You Experienced.” “MAN MADE“ channels the revolutionary themes of mid-century musicians while remaining daringly futuristic.

Mach-Hommy is a member of East Coast’s young underground scene, but his music manages to act as a summoner of oldheads yelling out “this is real hip-hop” (We all know one or two). “Pray For Haiti” evokes nostalgia, almost deja vu. It’s poetic but catchy. It’s riddled with perfectly implemented samples, movie quote interludes, French verses and skits, eccentric adlibs, and nods to rap legends. Most clearly on “Marie,” Hommy revamps 2Pac’s “Hail Mary” in a manner that feels equally familiar and out of the box.

Remble’s song “Gordon R Freestyle” went viral on TikTok earlier this year, pushing the LA rapper into the mainstream. He trolls listeners in a sarcastic, nonchalant, and ironically enunciated tone of voice that only California rappers can pull off. “IT’S REMBLE,” shows off Remble’s impressive lyricism, dropping hilarious one-liners and punchlines sandwiched between heartfelt testimonies on “I Mean It” (feat. Mozzy) and dark memories on “Never Tell Freestyle.”

“Sometimes I Might Be Introvert” is a soulful and introspective body of work that explores the duality of introversion and stardom. It is a celebration of self, individuality, and collective womanhood. It pays homage to Black femininity and celebrates a wide range of diasporic music, with old R&B and funk samples, afro-beats, modern 808s, and poetic rap verses. Simz’s earthy and profound lyricism has blended seamlessly with the soft electric sounds of Little Dragon, the neo-soulful rhapsody of Cleo Sol and Chronixx, and the tribal futurism of Obongjayar. Little Simz is provocative and unapologetically experimental.

Rejjie Snow collaborates with prolific singer-songwriter and producer Cam O’bi on most of “Baw Baw Black Sheep” to create an impeccable project of laughs, cries, sunny road trip slaps, and late-night dance tracks. It boasts features from Snoh Aalegra, MF DOOM, and Tinashe, and deserves the same amount, if not more, as his breakout 2018 album “Dear Annie.” Rejjie fills his verses with relatability and nostalgia and thought-provoking analyses. He explores the internalization of white beauty standards on “Oreos” and motivates and uplifts listeners on “Shooting Star.” Give the project a listen for a smile.

Siifu, who grew up back and forth between Birmingham, Alabama, and Cincinnati, Ohio, nods to Southern Black heritage, customs, and experiences without boxing himself into stereotypes of musical homogeneity in his music. His 2020 album “Negro” covers just about every genre of music, from heavy metal and electronic to lo-fi and blues. On “Gumbo’!,” Pink Siifu goes in a completely new direction compared to his previous albums but doesn’t push any fewer boundaries. He shines a spotlight on his community, and other newer artists while remaining in his own lane, with tremendously underrated wordplay and creativity.

The Atlanta rapper, whose real name is Brooklyn Rodriguez, just dropped her third album, “LOVE BLACK.” She takes listeners on a journey from trap to r&b to shoegaze to whatever genre she feels like making at the moment. Her big, often brightly colored, hair echoes her fun and careless sound. She’s helping to trailblaze unapologetic queerness in hip-hop and deserves her flowers. “LOVE BLACK” is a quick listen with unmatched replay value. Don’t waste any more time.

This year was BabyTron’s year. He dropped his fourth project of the year in October and the 21-year-old is finally getting the serious attention he deserves after years of rapping. Tron, whose real name is James Johnson III, is one-third of the rap collective ShittyBoyz, a group he started with friends in high school. The rapper’s stereotypically nerdy appearance and overgrown Justin Bieber haircut haven’t hindered his growth and recognition. For those who follow Michigan rap, BabyTron is no one new, but recent collaborations with Lil Yachty, and popular Michigan rappers like Teeyajx6 are pushing him into center stage. He has a propensity for rapping over popular theme songs, 80’s r&b samples, and remixed classical instrumentals, packing one comedic punchline after another into fast-paced verses. Check out “Blitz” (feat. Peezy) and “Cowabunga.”

On “Double Down,” Nappy Nina and JWords radically tackle mental health issues, misogynoir, and spirituality. Both rappers bring unique styles to the project, claiming each song as their own in individually unique, but unmistakably cohesive ways. Their soft-spoken voices are equally as enchanting as the psychedelic, soulful, and beautifully simple hip-hop beats they rap over. If you need a super niche project to impress all your “woke” friends with, this is the one. 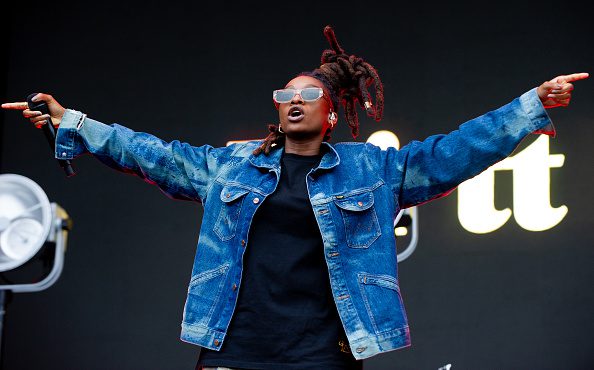 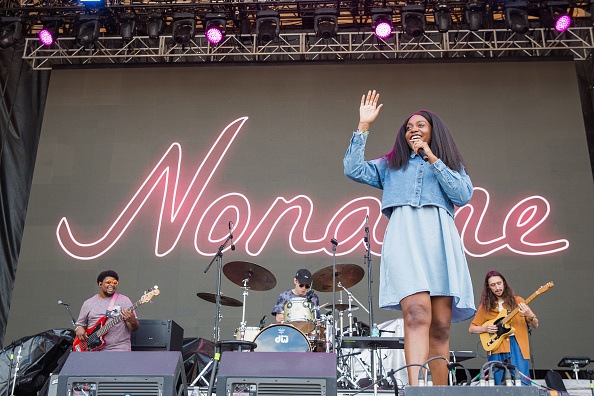 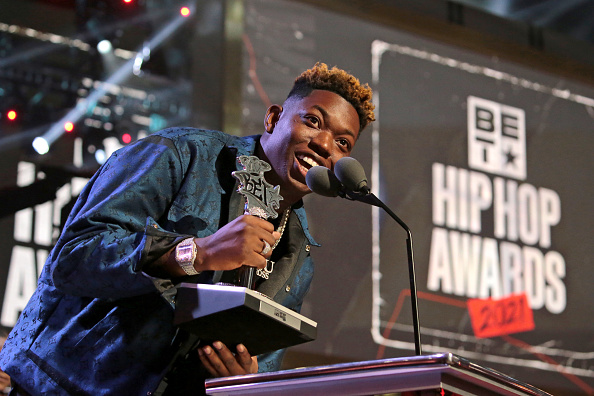