This story was originally published by The kNOw Youth Media in Fresno.

Discrimination is easily the most common thing you hear about whether you’re transgender, BIPOC (Black, Indigenous, and people of color), and/or disabled.

I remember when I was in seventh-grade health class, I had a teacher tell me that he wasn’t going to talk about LGBTQ-related things because of his religion. I never asked him to; I never even mentioned my sexuality or my gender to him, but he felt it necessary to tell me that he doesn’t want to talk about people like me.

Another time in the eighth grade, my PE teacher told me that he wouldn’t call me by my name because it’s not what’s on my birth certificate. He then lied to me and told me that my mom emailed him and said to only call me by my birth name. My mom has never had issues with my name and she has never felt the need to reach out to a teacher about it.

Even just last year, the principal of my school told me and another trans student that we were not allowed to use the male dressing room for theatre. He tried to force us to use the staff bathroom on the other side of the campus because it’s the only gender-neutral bathroom in the school. I know my rights and didn’t listen and continued to use the correct dressing room. I don’t care how a 40-year-old feels about my genitalia.

These aren’t even close to all of the stories of mine where I faced discrimination, but these are the ones that stuck with me the most because of how ignorant someone has to be to feel that concerned about me and who I am.

I’m not sure if trans women and non-binary people face this as well, but from personal experience, I can say that patronization has been a big issue for many trans males. People have a habit of speaking down to us and even talking to us like an animal or a baby. I can understand that people are trying to be nice and supportive, but it can be patronizing, and just uncomfortable.

We get called a lot of things like “sweet little tiny boys” or we’re told how twinky we look by cishet (cisgender and heterosexual) people. Calling us cute and being told we need to be protected like babies feels super condescending. Personally, because I’m very short and small in stature, and don’t like to fall into toxic masculine stereotypes, I’ve been told things like this so often that it feels like it’s become a part of how people see me. I feel like I’m only seen as a helpless young trans boy who cries himself to sleep every night because he’s just so sad and needs to be protected.

Sometimes, when you tell people this, it just makes them uncomfortable. They will get upset and will argue they’re “only trying to be nice” and “validate” you, but they are doing the opposite. It’s not validating at all; you are treating us like we aren’t normal guys, or normal people at that.

Gender dysphoria is very different for many people who experience it. Some may feel their dysphoria is constantly weighing down on them, or maybe it’s just a constant murmur in the back of their mind. Some don’t feel much at all. In my own experience, I have had pretty bad dysphoria. Dysphoria isn’t just “I hate my body and want to cut my body parts off” like what most cisgender people think; it’s way more complicated than that.

For a long time, I tried to hide the fact that I love Katy Perry because she’s seen as an artist for girls. Although that’s a terrible, sexist way to think; that’s how dysphoria can warp your mind. Just recently, I deleted a post talking about the music I like because I’m scared the type of music I listen to and how I talk about music will be enough to out me. In eighth grade, I cut off my eyelashes because I felt like they made me look too feminine. Sometimes, I would be rude to people because, as sad as it is, that’s how a lot of cisgender guys around me acted so I tried to mimic them.

Even today, I refuse to wear any pink because of the way colors have been gendered in modern society. I’m afraid if I wear pink, I’ll get misgendered. I also can’t wear just a T-shirt; I have to be wearing a flannel, jacket, or sweatshirt – anything that can cover me. I only wear black jeans because I think my legs are curvy. I can’t dye my hair. I can’t wear makeup. I can only wear Vans platform shoes. I can’t talk about my favorite cartoons.

There are so many made-up rules that my dysphoria makes me follow and it’s hard to live like a normal person when you’re always paranoid about passing, or afraid that people will treat you like an imposter.

Again, not all transgender people feel this way. Some don’t care if they pass or not, but for me, it’s a constant struggle.

Discourse in the transgender community is unbelievably prevalent, like that between people who medically transition versus people who don’t. No matter what the fight is, it’s usually completely arbitrary. Instead of fighting with each other and blaming each other for issues we all struggle with, we need to get down to the real issues. Our transgender women of color are being murdered at staggering rates, our youth are homeless, our government is trying to pass horrendous laws regarding our students in their locker rooms. We need to fight for each other, not against each other. No real progress is going to happen if we can’t get on the same page.

We as a community face horrendous treatment by each other, others, and ourselves. But just because I told you about the bad things doesn’t mean our lives are terrible. Throughout my struggles, I’ve always been proud of who I am. I love who I am and I love my community despite its flaws. I hope that one day our fight against oppression is successful and we won’t have to worry about dressing rooms, murders, or off-handed comments. We are here and we will fight for the generations and generations of transgender kids like us. 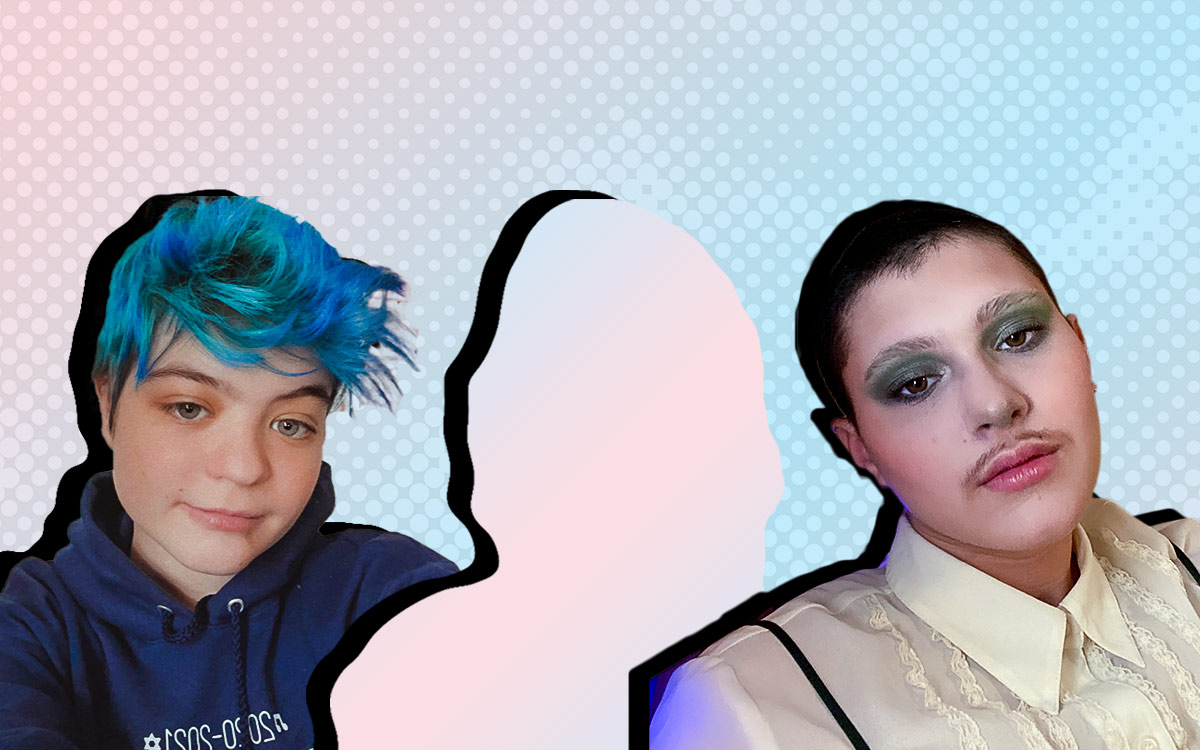 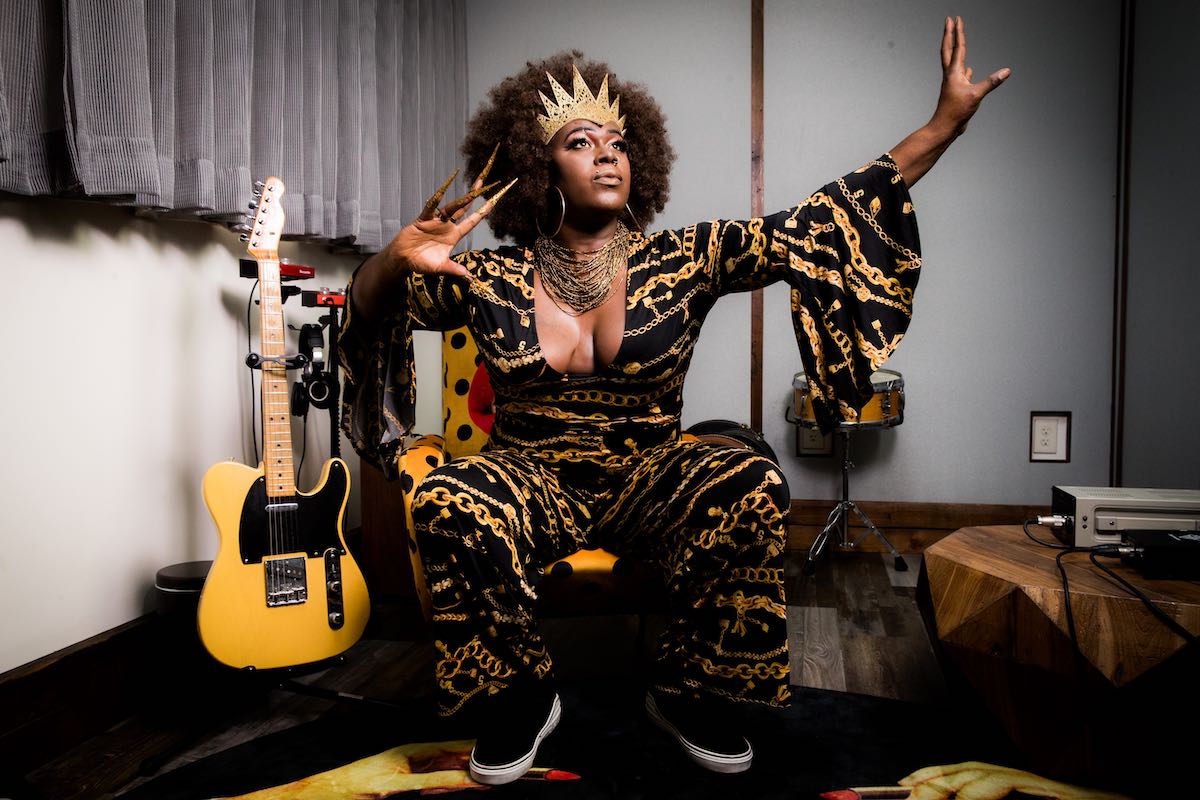 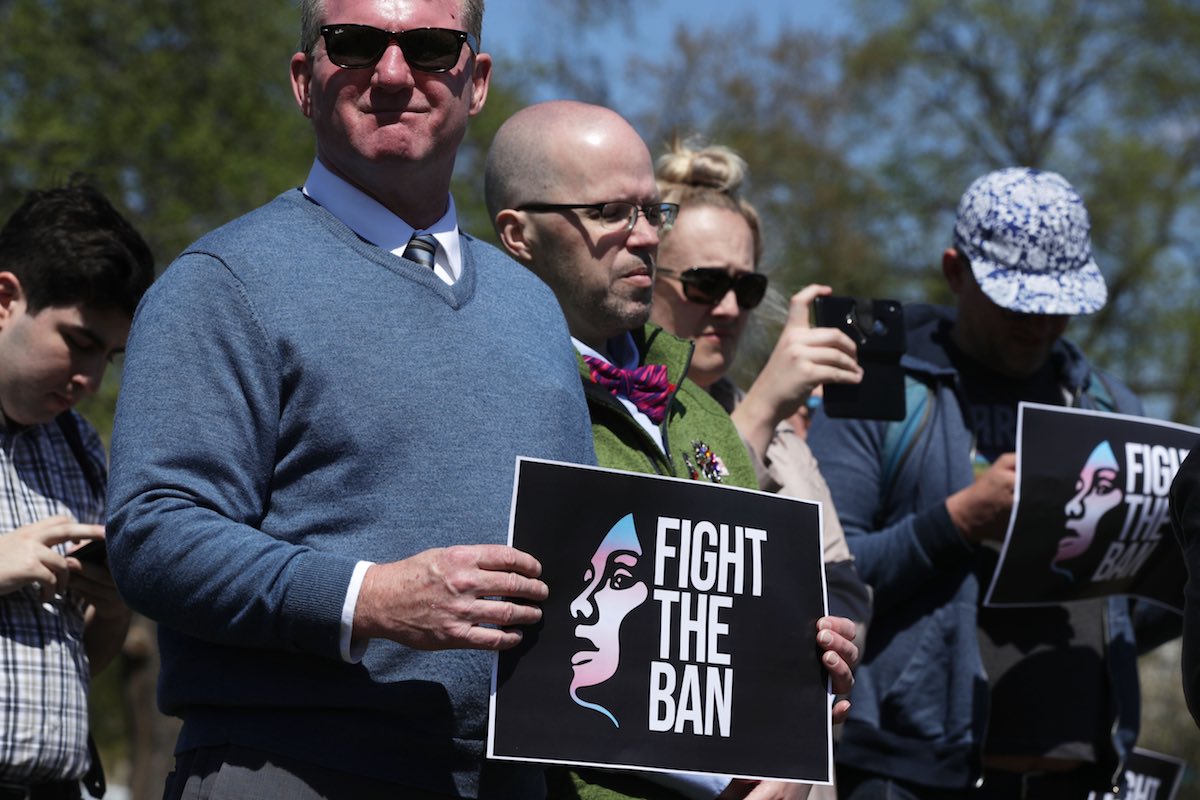