Alex Drahos’s government teacher would have made him register to vote, that is, if the high school senior from Cedar Rapids, Iowa, hadn’t already signed up at the Department of Motor Vehicles.

Political clubs at his school held bipartisan voter registration drives. And after working as a precinct captain at the 2020 Iowa caucuses, he had experience with what he called “politics, connected.”

His voter registration process was “easy.” Many high school students were not so lucky.

Before the COVID-19 pandemic, only 6% of unregistered teens and adults said they had been asked to register to vote at school or as part of a class. Turnout among 18 year olds consistently hovers around 30% in presidential election years, the lowest of any age group.

“My school hasn’t done anything, and I’m in a citizenship class,” Lauren Hurt, a 17-year-old from Lexington, KY, said. “And the whole point of having the seniors take citizenship this year was so that they would be more involved in the government process and more equipped to vote.”

Now, quarantines have made youth voter registration more difficult. Traditional voter registration drives, with booths set up in the cafeteria or gym, are impractical during a time of remote learning, requiring events to move outdoors or online, including to video games like Animal Crossing.

As of August, registration among 18- and 19-year-olds was down from November 2016 levels in at least 30 states. In states like Indiana and South Dakota, the percent of registered young people had decreased by over 50%, according to research from CIRCLE, a Tufts University center that studies youth civic engagement.

There are “about 10 states where you have to actually print out a voter registration form and mail it in,” Douglas said. “That’s an additional hurdle for a lot of people, and especially young people who are not used to doing anything via snail mail.”

The pandemic is also expected to increase early voting, creating an additional hurdle for many teens. Only a quarter of 18-to-21-year-olds have experience with voting by mail, a procedure that some new voters find confusing.

“It was quite a complicated process for me because I didn’t know there was such a thing as a second step, or a second part, until I asked my previous teacher during high school about whether or not I [was] registered to vote properly,” Victor Ye, a recent high school graduate from Hacienda Heights, CA, said. “She told me that if I was to vote by mail that I would have an extra step to actually register.”

With new barriers and fewer options to register to vote, many companies and organizations are turning to social media to engage newly eligible voters.

On Sept. 22, National Voter Registration Day, Michelle Obama’s organization When We All Vote hosted Instagram Lives with Generation Z icons like Zendaya about the importance of voting. Instagram and Facebook launched a Voting Information Center with registration and mail-in ballot assistance for each state. And in August, Snapchat unveiled a range of new voter registration tools.

Deborah Olatunji, an 18-year-old freshman at the University of Pennsylvania, found the slew of reminders helpful.

Others, though, are more skeptical of the influx of social media content.

When Jazmin Kay, now 22, registered to vote at 17, it took her a while to complete the form because she didn’t know her social security number.

“If someone starts the form [online] and doesn’t have that information, they swipe out,” she said. “If you’re in person, someone can be like, ‘No, you need to finish it,’ but if you don’t have any of that documentation, it’s so easy to swipe, forget about it.”

Teens from rural areas or without reliable Internet access have an especially difficult time registering digitally, she added.

Kay believes meaningful, individualized peer-to-peer outreach is much more effective than an impersonal Instagram post. Her organization, 18by.vote, instead runs “hyperlocalized” efforts to encourage 16-, 17-, and 18-year-olds to register.

During the pandemic, the group launched a Civic Engagement Fellowship to reach out to rising voters, especially in rural communities.

Despite the new challenges, many are hopeful that the 2020 election will encourage a surge in youth turnout. The pandemic, climate change and racial injustice have sparked a rise in youth activism and political engagement of all kinds. Now, Gen Z is turning its attention to the ballot box. A recent Harvard University poll of 18- to 29-year-olds found that 63% of respondents would “definitely be voting,” up from 47% in 2016. 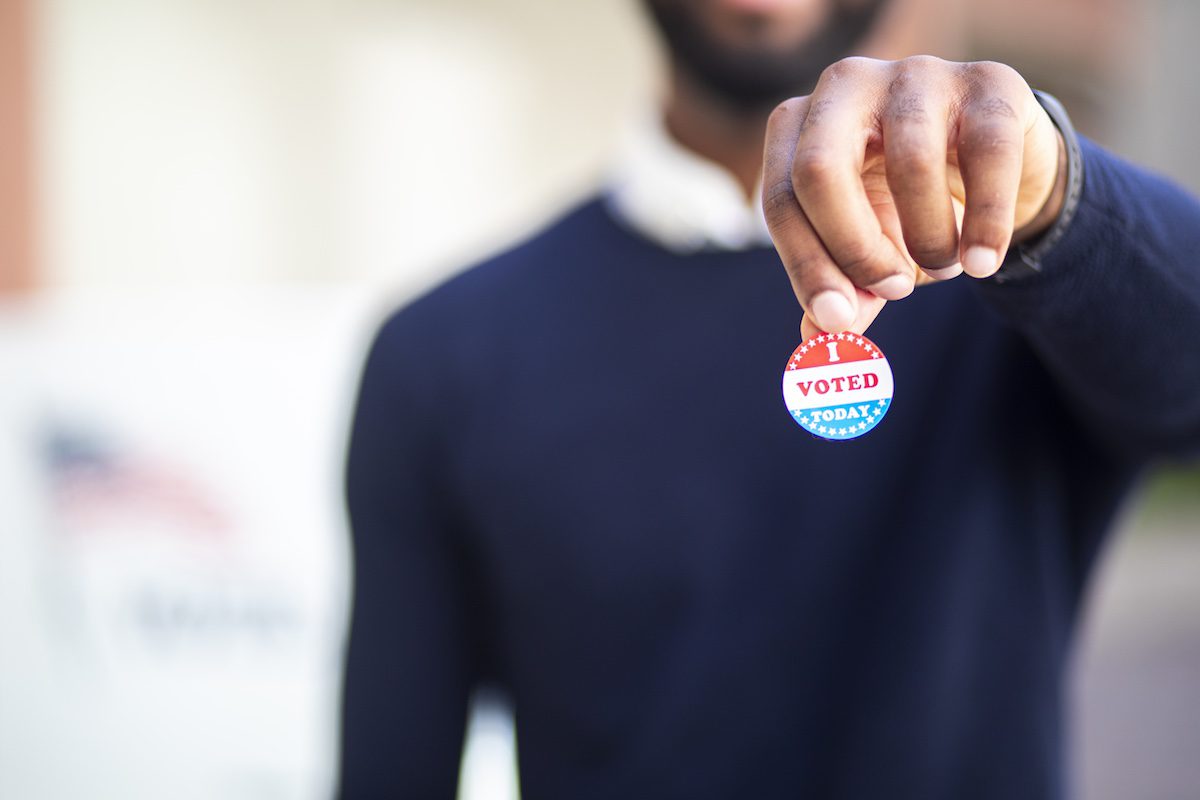