Dobbs vs. Jackson was struck down in June, overturning Roe vs. Wade, giving states the right to decide the legality of abortion. Five young women, still considered to be teenagers, recognized the inequalities and inequities of this decision.

They each witnessed the decision differently and shared their stories because of the ripple effect.

Before moving to New York City, Keti Akhalbedashvili grew up in the former Soviet republic of Georgia where the topic of bodily integrity has always been under public scrutiny. The general public in Georgia believes that abortion is only justified in extreme situations where a pregnant person’s life is on the line or for victims of rape or incest. Georgia’s law allows for legal abortions until the 12th week of pregnancy but, because of the social stigma around the practice, many doctors and clinics do not offer these procedures.

The liberty that Roe vs. Wade provided for people affected by reproductive rights made The United States seem like a safe refuge. For this reason, the recent overturning of this landmark decision by The Supreme Court was especially disillusioning for people who looked to the U.S. for the protection of the liberty to choose to have a safe abortion. Surina Venkat was at her home in Florida when the leak about Dobbs vs. Jackson decision broke the news cycle. At the time, she was a senior in high school. Her discovery of the verdict was made all the more ironic because of how she found out. She was scrolling through her Twitter feed after taking the AP Government & Politics Exam earlier that day, for which knowledge of Roe vs. Wade was a long-standing syllabus requirement.

Venkat remembered looking at her phone screen in disbelief — it felt surreal, that such a fundamental right could be rolled back half a century later. She recalled a moment earlier that school year when she’d talked with a friend about how the Court would probably overturn Roe vs. Wade. “It’s possible that it’s already a foregone conclusion,” she remembered her friend saying. She wasn’t shocked it had happened, but not even preparing for this moment could stop her from feeling horrified that it had.

Though the loss of the right to abortion has not been stripped from the entire country, Venkat knows that Florida is one of many southern states that will be made to feel this loss acutely.

Even before the decision was leaked, Florida signed into law in mid-April, 2022, a 15-week abortion ban that allowed for exceptions only in extreme cases. And as a state that has consistently moved to deny its residents’ autonomy — whether by preventing felons with outstanding fees and fines from voting or by banning transgender girls from playing school sports on girls’ teams — Venkat fears that more laws designed to undermine marginalized groups will soon be codified. She wonders how many people these laws will affect — a concern made all the more urgent because of the countless members of her community who she knows current laws already affect.

Ilana Drake was giving admissions tours at Vanderbilt University when one of her friends texted her asking if she heard about Dobbs vs. Jackson. With a quick Google search, Drake read about the Supreme Court’s decision and started to cry. She attends school in Tennessee, a state which largely voted for Trump in both 2016 and 2020. Despite being in Nashville, a blue bubble in the red state, Drake recognizes that this decision would impact her peers, citizens across Tennessee and the Southeast because of the red landscape. As Drake researched The Pink House, the clinic in Jackson, Mississippi, which was the Supreme Court’s focus, she recognizes how the restrictions in Tennessee and neighboring states before the decision are already strict compared to the laws in New York on abortion.

Drake is the granddaughter of second-wave feminist, Rebecca Lubetkin, who fought for Title IX and abortion rights at the national and state levels since the early 1970s. Because of this, Drake said that “feminism and fighting is ingrained in my DNA.”

She texted her grandmother that morning with the devastating news, and Lubetkin responded with “One of the reasons I fought so hard was so that my children and grandchildren wouldn’t have to.”

At the age of 18 and a month into college, Drake wrote a letter to Texas Gov. Greg Abbott about its abortion ban, SB 8, and its impacts on women. She knows that access to abortion will separate those who have resources and those who do not. It should be noted that the burden of access will fall on women of color and those who do not have disposable income. When the story was published, Drake had a conversation about reproductive rights with her two roommates, and one mentioned how Atlanta was the closest location to get an abortion. Now, the safest option could be barred by possible interstate travel bans.

Like Drake, Ashleigh Ewald felt shocked and worried about the decision. Ewald grew up in Marietta, Georgia. She also recognizes the incidence of sexual assault on campuses across the U.S. She explained how “this decision felt so real,” because the state where she grew up turned purple before this year, and her own family history has influenced her.

Ewald’s adoptive mother had an abortion because of a mistake made by her gynecologist. She sought the NuvaRing for contraception but was mistakenly prescribed an estrogen ring for menopausal symptoms. She was shocked when she became pregnant. Planned Parenthood removed the ring and alerted her to the error. Her mother faced cycles of poverty during childhood, and she could not bear the consequences of an unplanned pregnancy. Ewald recognized this when she came to terms with the decision, and she expressed her frustration with the five SCOTUS Justices Samuel J. Alito Jr., Clarence Thomas, Neil M.Gorsuch, Brett M. Kavanaugh and Amy Coney Barrett, who voted to prohibit a woman from making a personal decision.

She believed that the only exceptions should be “rape, incest, or loss of a woman’s life” because she values “life is precious.” Now, she sees the gray area of this debate. While Ewald wants to believe that pro-life demonstrators are advocating for saving lives, she does not think that they are putting the same effort into advocating for the needed programs and policies to help women during and after pregnancy.

During college and through her political activism, she has learned that “abortion is not about [her].” She poses the question of “Why are conservatives coming after contraceptives if they want abortions to stop occurring?”

As an aspiring doctor, Unnathi Prakash had been keenly aware of the limitations surrounding abortion and contraceptives in Texas. In September 2021, Gov. Abbott passed the infamous “heartbeat law” or SB 8, which banned abortions after six weeks of gestation. Fetal gestation is based on a person’s last menstrual period, so by the time someone realized they were pregnant, it would likely be too late to get an abortion.. Additionally, there is a section in SB 8 that created a bounty system: a private citizen could report and sue anyone suspected of aiding or obtaining an abortion, even outside Texas, and be rewarded up to $10,000.

The first time Prakash remembers her anatomy class going silent was when her teacher said, “You know your husband needs to approve if you want to get your tubes tied, right?” The classroom, which was usually loud and filled with gossip, had been silenced. A moment later, the shrieking came back, but petty rumors didn’t fill the air — fear did. A day after the draft leak, her class was discussing methods of contraception, and one classmate said, “It’s fine, I’ll just get my tubes tied.”

In response, the teacher discussed the archaic and misogynistic barriers surrounding permanent contraception. Even if someone doesn’t want children or they’re not attracted to men, most gynecologists won’t provide a tubal ligation, or a ‘tube tying’ procedure. Prakash’s classroom had erupted in shock, but she remembers being faced with the bitter truth of being a woman.

Considering that Texas has the highest percentage of its population without health insurance, pregnancy can kill. There are many pregnancy complications that are not granted an exception under SB 8, the worst of which are ectopic pregnancies. Fertilized eggs attach to the fallopian tubes in an ectopic pregnancy, which is deadly without treatment. However, the removal of an ectopic pregnancy counts as abortion and is banned in Texas.

Since these young women heard about the draft being leaked, their worlds have changed. The national protections that, since 1973, had given them control over their bodies were gone, and state protections were now highly vulnerable. About 6 in 10 Americans support abortion being legal in almost all cases indicating that the majority think women should have the right to choose. Moreover, Gallup and Pew Research found that 60% of all Americans support the right to choose, the highest it’s been since 1995.

The small set of people in power who made this decision want a version of an American life that is Christian, traditional and follows specific ideologies. These extremist beliefs that society should fit their pictured ideal of what America should look like, foster an exclusive society toward those with different religions, backgrounds, and races, that doesn’t fit their mold.

This decision and other policies related to abortion destroy years of groundwork to assure this fundamental right because now an individual’s autonomy is dependent on each states’ discretion. This ban will not stop there because lawmakers in deep-red states actively push to punish women seeking abortions and those operating them. This decision seems to move women farther from securing the Equal Rights Amendment, which is now in the Senate. 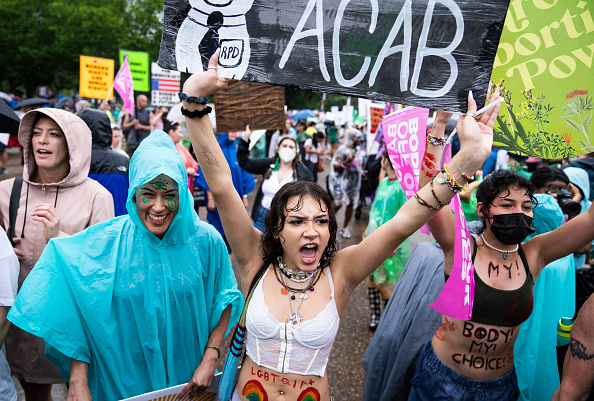 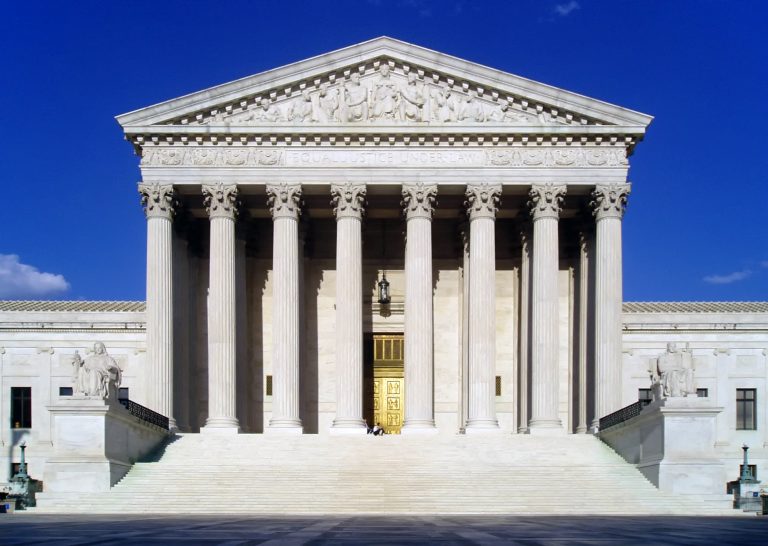 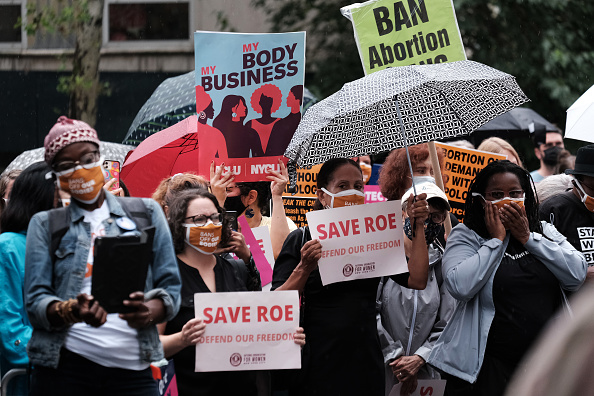