As we approach nearly one year in the pandemic, some high schools still remain completely online. But what about student athletes? Decisions on what sports can be played and under what regulations are left to states to decide.

These plans have yielded a mixed bag of results — some athletes have been able to play most of the school year while others couldn’t. Some athletes in Texas returned to play through the whole fall season. Meanwhile, in places like California, select sports only recently came back in early February.

The California Interscholastic Federation allowed sports to resume based on each county’s COVID-19 tier ranking as assigned by Governor Gavin Newsom. Now, nearly every sport is permitted to go back with the exception of some indoor sports.

We talked to high school seniors and student athletes Amelia Liao from Dublin, California, and Mitchell Greenberg from Southlake, Texas, to discuss how their schools are handling sports.

The following has been edited for clarity and length.

Pratham Dalal: How have you motivated yourself to practice hurdling alone during this time?

Amelia Liao: Well, I mean, it hasn’t been easy. But my dad has been a very big help. He used to run hurdles in Taiwan. He was nationally ranked.

I also train with a couple of athletes outside of school. We have the same coach — they are professionals, like Olympic athletes. So just hearing their stories and being able to talk to them has motivated me because I don’t have any meets I can go to right now.

I just think about the bigger picture. Like if I in the future want to run in college or even run in the Asian Games or run in the Olympics, I know right now is my time to get better.

PD: What has the pandemic made you realize about your sport?

AL: My sport has always been fun. I would go to practice and I would hang around with my teammates. We were running, but we were also hanging out — having fun at the same time. Now I’ve found that I actually do the sport because I love it. Like it’s my own drive that’s been keeping me running. I recently have been looking at the L.A. 2028 Olympics, and that has given me another drive. Every time I think about “Do I want to go out and run?” I’m like, “Yeah, I [do].”

PD: What does the track season look like in a traditional, non-COVID-19 year?

AL: So at the beginning of the season, we would just have more local meets, so it would be mostly [competitions with] East Bay Athletic League teams. I would say that there are usually 20-30 teams. And then at invitationals, it could be up to almost every school in California — up to 50, 60, even 100 schools.

PD: How much does this pandemic affect your skills?

AL: Well, actually my times have been improving, and wearing a mask doesn’t affect my running. But I think when I’m recovering after my run, I’m trying to catch my breath. It does get difficult. But oftentimes I can just step off of the trail and go into the trees just to catch a breather. And then I can go back onto the trail and start running. So it’s not really too much of an inconvenience, it’s just like something that I have to do.

PD: It seems like you have gotten a lot better during this pandemic. Does it help that track and field is an individual sport — making improvement easier?

AL: Yeah, I think that track and field is definitely one of the sports where you could improve on your own more. In soccer, it’s harder. You need a team — defense and offense.

But [in] track, you determine your own results. Every morning I’ll be like, “Yeah, I need to do this because I know it’ll make me better.” [If] I do a little better in practice, I see the results.

PD: How has COVID impacted your college admissions?

Mitchell Greenberg: So it closed a lot of doors for not just me, but for a lot of different athletes that I talked to. So that’s been tough for the class of 2021 and 2022.

There is this period for recruiting where coaches can go come watch you at your tournaments or they can invite you to take unofficial visits and give you tours of the campus. And the NCAA basically ruled that there was going to be a dead period on recruiting, and they’ve kept extending the dead period. It’s like eliminated a lot of people’s opportunities and made it really difficult for some people, including myself, to kind of pursue their sport to the next level.

PD: How did COVID restrictions affect the way your sport was played?

MG: This year we’ve been able to have a fall season and [maybe] a spring season. But it kind of looked a little different tournament-wise.

So [normally] in the fall, we would take travel tournaments — one down to Austin and then one to Texarkana [a course between Texas and Arkansas]. And for travel tournaments, we all ride down together and we play. We stay together in a hotel. And it’s just like really good team bonding stuff.

This year, because of COVID, the district didn’t allow us to take any travel tournaments. We’re taking one travel tournament [in the spring], but we have to drive down with our parents so that kind of takes that team bonding atmosphere out of it.

PD: Did you think golf would be able to have a season this year?

MG: From the beginning, I was worried that the fall season was going to be canceled. And that they were going to push all sports to spring, and just hope that things got better by then. But they did a really good job and they put together a plan.

PD: How is the sport played in the amidst of the restrictions?

The biggest learning curve, I would say, was on course. [We had new rules like] pins on the course — the pins have to stay in. I actually think even after COVID, a lot of people are going to stick with that form just because it’s so much simpler. So that’s definitely something that was pretty successful. 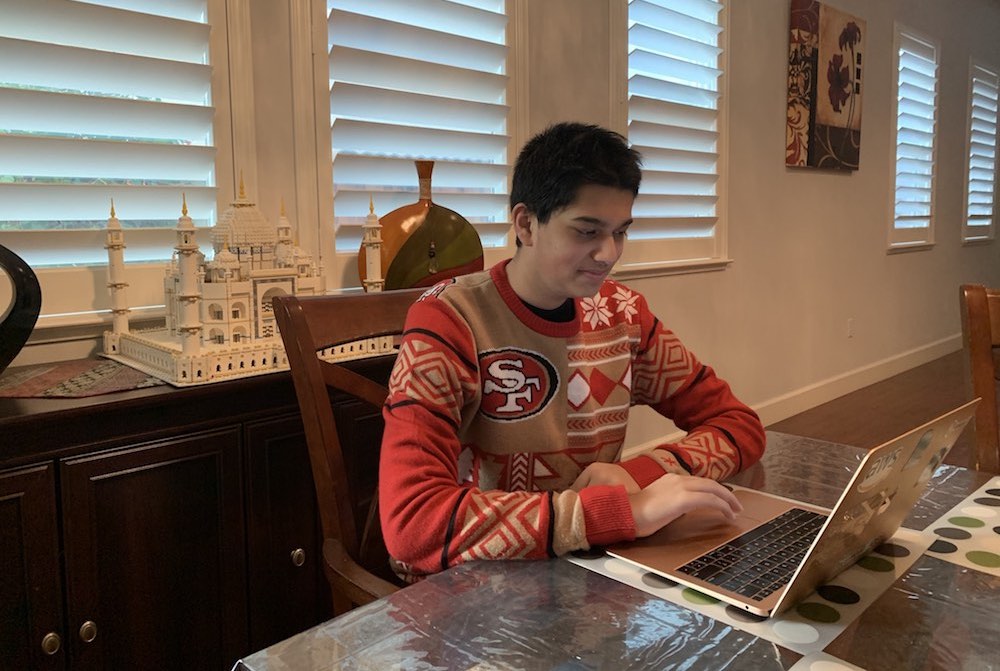 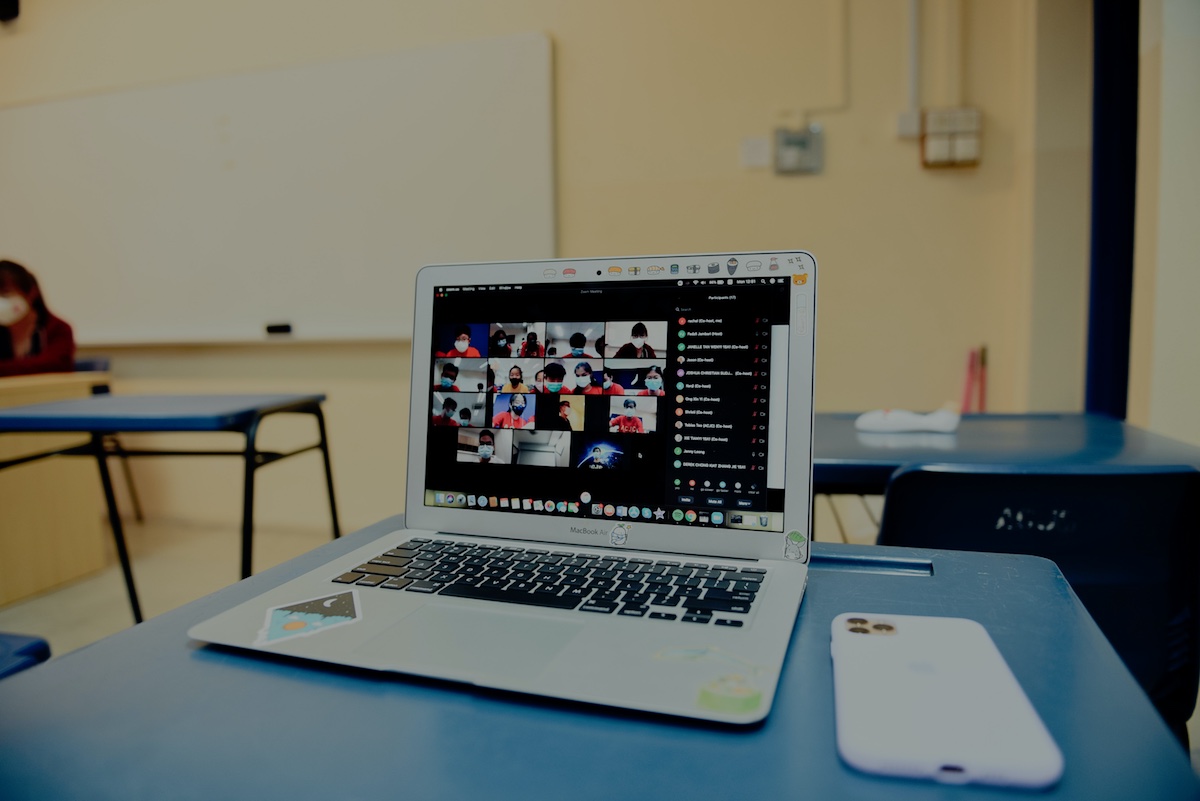 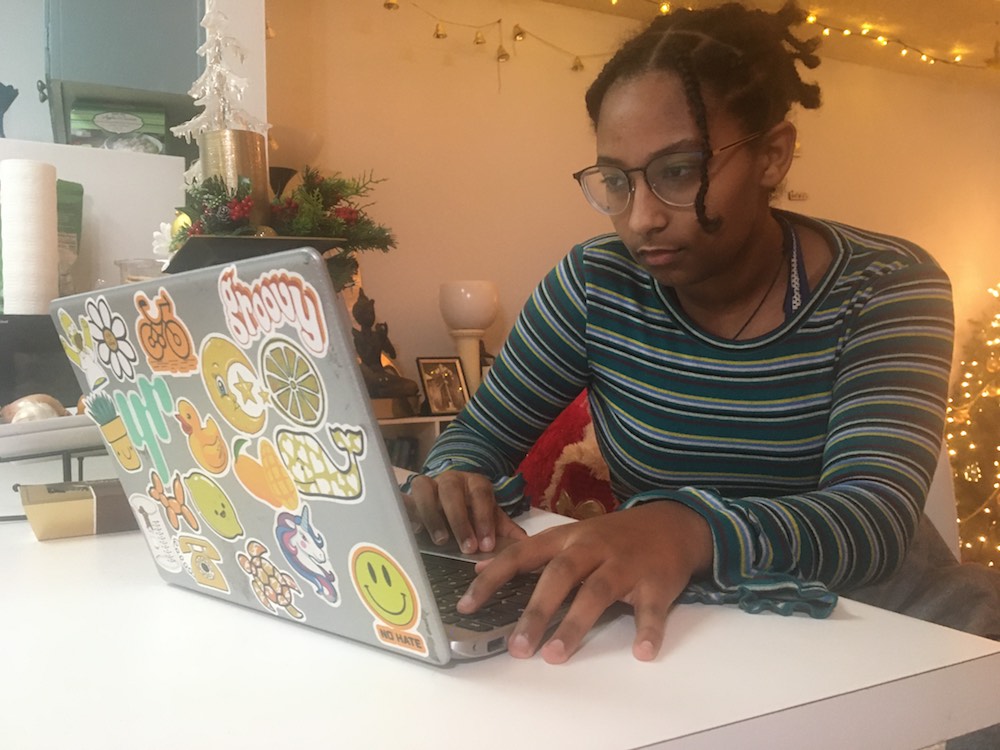