A unique combination of music stars and former NBA athletes have come together to advocate for equity in the ever-growing cannabis industry.

As it stands nationally, only 3% of cannabis companies are Black-owned, according to Village, the largest national conglomerate for Black marijuana brands. The organization is helmed by former NBA player Al Harrington, who’s made it his mission to change those numbers and break the stigma around the drug.

“Especially with people from our community, we have PTSD from what we’ve seen over the last 80 years,” said Harrington. “The way that cannabis has been used to just continue to destroy our lives, lock us up and take our fathers away. But I think that the younger generation is really, really open to it.”

Seeing an entry point between young people of color to their older family members who could benefit from marijuana products, Village has tapped into the millennial market and rap music community to raise awareness and bring more melanin to the table.

Kanye West’s manager John Monopoly has been instrumental in Village’s campaign to break up the alabaster weed game. Since joining Village in this summer, he’s brought out A-list talent to promote their cannabis products and train a new crop of diverse marijuana entrepreneurs.

“The biggest challenge starts with education,” said Monopoly. “Most people of color think the cannabis industry is out of their reach because of past legal issues or access to capital. Our goal is to educate our people on what’s possible.”

“By adding local minorities through partnership to each individual state we win, that will ultimately increase Black ownership in every state where we operate.”

Village has recently zeroed in on the state of Michigan’s industry, aiding former NBA player Wilson Chandler’s company Nobody’s Home and launching an inaugural music festival in his hometown, Benton Harbor. It’s one of the state’s most economically depressed cities, and among the Blackest, with more than 80% of its residents being African American. He believes his cannabis company, and the festival, can provide the area a much needed boost.

“It’s a town that was pretty much left for dead at one point,” said Chandler. “We didn’t have any resources, they were closing our schools, and jobs weren’t there. What’s going on there now is happening in a lot of towns and major cities. This is biggest thing we’ve had in the city in a long time, probably ever. ”

“Michigan is a very mature market,” said Harrington. “They know their weed. We have definitely gotten a lot of support from the community. I guarantee there’s no dispensary in that Southwest Michigan area that has put up this type of money to entertain. But I guarantee they love it, and those people coming in, they’re buying all of that product.”

The Sept. 4 free event featured a line-up curated by Monopoly to celebrate the intersection of music, culture and cannabis. Rick Ross, G Herbo and Freddie Gibbs headlined a star studded series of concerts, including a performance by Babyface Ray, in Dwight City Center Park.

“The mission is just to have Black ownership in the cannabis space on a brand new side,” said Chandler.  “That includes the retail side, promoting jobs and promoting education. And it’s for the people, by people in the space.”

Village’s mission is also about connecting Black entrepreneurs in the cannabis industry to capital, one of the biggest reasons the landscape is so white.

“We need to create funding for our people,” said Harrington. “We just don’t have access to funds. Banks are not open to us. We have to know people, use family, or just people within our network to be able to go out and be able to compete.”

Next up for Village is pushing out more educational resources to guide people on how to navigate the marijuana business. Harrington also says the company plans to push local and federal government entities to increase licensing opportunities for Black cannabis shops. 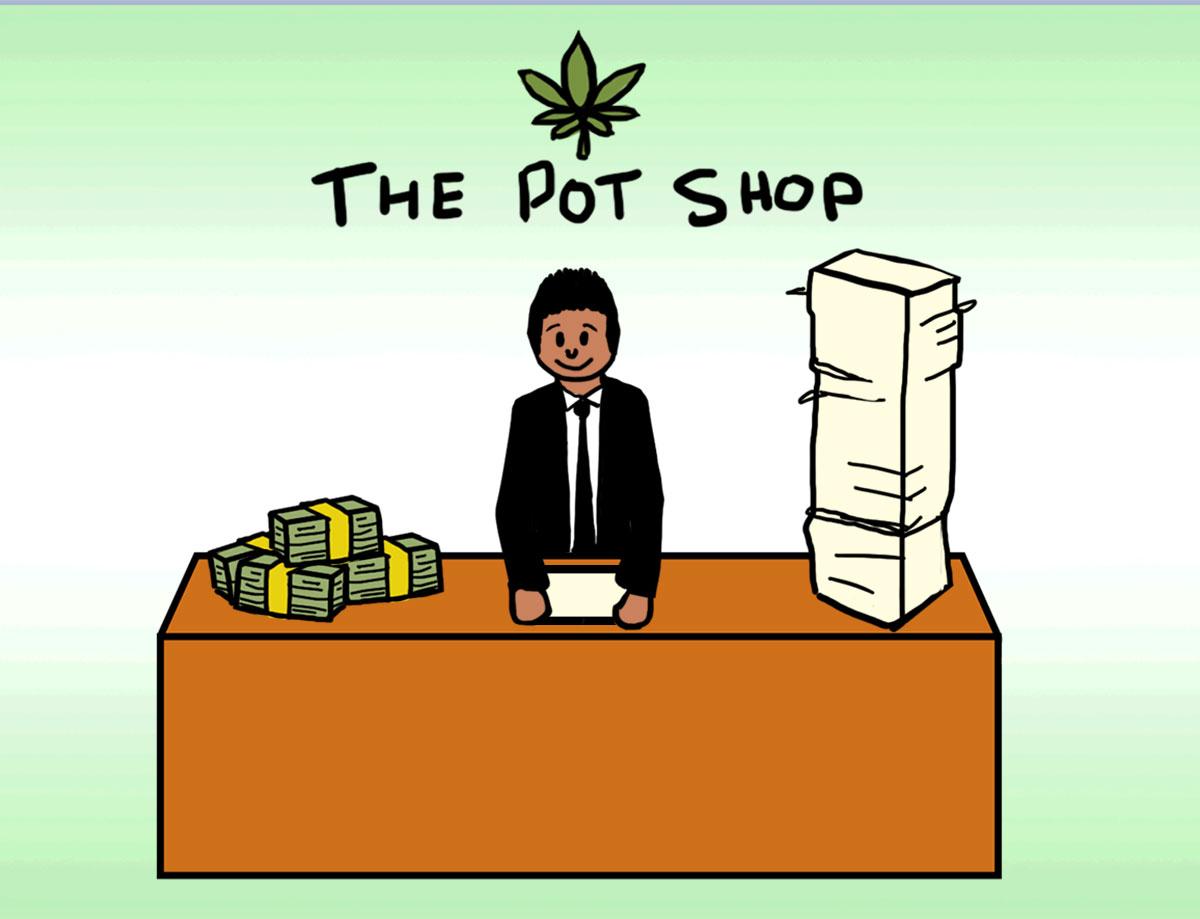