A jury has found Kyle Rittenhouse not guilty on all counts. The verdict is disappointing, but not surprising.

If you’re Black and you haven’t been following the case of Kyle Rittenhouse, I don’t blame you. For any Black person who’s witnessed the double standards of the criminal justice system, this case can be triggering and traumatic.

Rittenhouse came to Kenosha toting an AR-15 style rifle. During his testimony he told the jury, “my plan was to provide first aid.” One wonders what wounds a gun could possibly heal.

Kenosha County judge Bruce Schroeder, set the tone for the trial in the beginning, barring the use of the term “victim” to describe the people Rittenhouse shot. Schroeder later defended the decision, saying it was unfair to defendants in any trial. If the term “victim” could show bias, the admissible terms “rioters,” “looters,” and “arsonists,” are also charged with a narrative of their own.

Despite the obvious bad optics of bringing a gun to a protest, Rittenhouse’s misdemeanor charge of possessing a firearm as a minor was dismissed by the judge. It was one of the least serious charges the teenager faced, due to Wisconsin’s open carry laws, but it was considered a chance to convict him. A charge for violation of curfew was also tossed out.

Now, the jury has spoken.

They saw Rittenhouse as a victim, not a vigilante. Our system has decided that a teenager carrying a rifle into a racial protest has a license to kill. The ramifications could be devastating for racial justice work across the country. Joining a racially charged protest is dangerous. If gun-wielding vigilantes can intimidate and provoke, with the police turning a blind eye or even encouraging it, then the decision to be civically engaged could be a matter of life or death.

It’s hard not to think about Trayvon Martin in this situation. Like Rittenhouse, Martin was also 17-years-old. While Rittenhouse had the presumption of innocence, Martin had every detail of his short life maligned and dragged through the mud. Rittenhouse walks free today after killing two people while trying to be a vigilante. Trayvon Martin lost his life at the hands of a man with the same ethos.

How to define “self-defense” was a focal point in both trials. Both cases ended with the person who fired fatal gunshots returning to the comfort of their homes. No charges for the lives lost. No apologies for them either.

“Kyle was a 17-year-old kid out there trying to help this community,” said Mark Richards, Rittenhouse’s lawyer.

Rittenhouse was allowed to be “just a kid.” Trayvon Martin was presumed to be a threat. Rittenhouse could cry in front of TV cameras to elicit sympathy and project innocence. Martin, killed at the hands of neighbor George Zimmerman, was not afforded the chance. Like Zimmerman, Rittenhouse has been heralded a hero by some conservatives, another example of the country’s deadly gun culture warped into the cult of celebrity.

It’s another grim reminder of how America views Blackness, something to be policed. White male violence is allowed with impunity. Blackness is met with deadly force. 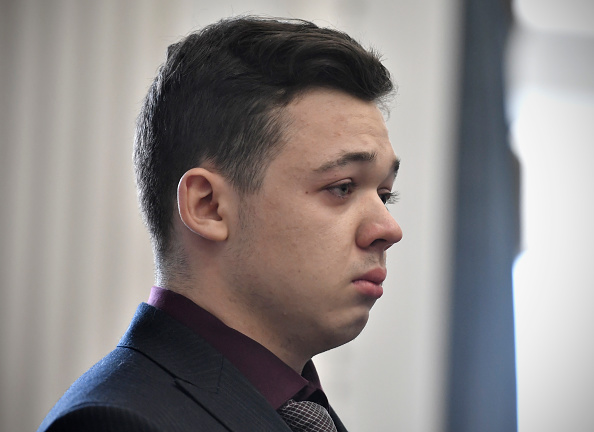 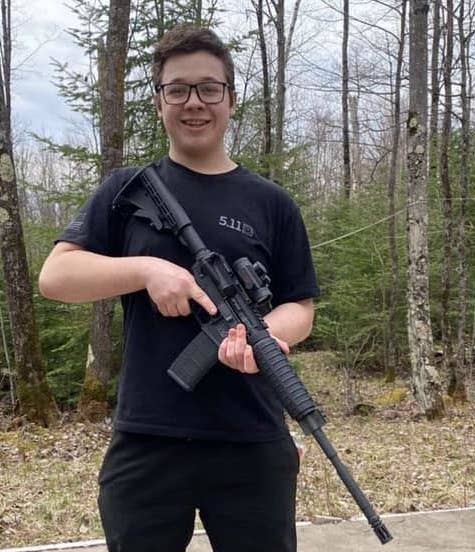