School shootings are getting undoubtedly worse. Yet, we still don’t have a sustainable solution in place to protect students.

For a while now, the government has been focusing on gun control laws to prevent shootings. While this action may be somewhat mitigatory, school shooters can always purchase guns illegally or use other weapons. It’s time we turn this preventative action into pre-emptive action.

First, let’s analyze the problem. Where are these shooters coming from?

Well, school itself. A 2022 study by the Poynter Institute analyzed all school shootings since 1999 and revealed that more than two-thirds of the shooters were under the age of 18. The median age was 16.

So, where should we target the solution? You guessed it — schools.

Student school shooters often show clear symptoms such as withdrawal from friends, isolation/loneliness, victim of bullying, quickly and frequently becoming angry, and more. These are the signs we need to look for in students at these schools because just like cancer, the more the symptoms get ignored, the more untreatable the disease.

Some states, such as Illinois, Indiana, Florida, New Mexico, Nevada and Massachusetts, to name a few, have implemented a Red Flag Policy through which school staff can report any suspicious student activity. Once a student is flagged, the school administration can search the student for any evidence potentially of planning a shooting.

The policy, although relatively new, has been somewhat effective in preventing school shootings. But one issue remains — school staff has very limited interactions with students.

Oftentimes, students, especially teens, can easily hide their feelings when having just brief conversations with a staff member. Living in California, a Red Flag Policy state, I have noticed that schools are filled with so many students that staff members simply don’t have the time to give students individualized attention unless the student takes initiative and reaches out. Suspicious students can easily get away with little to no interactions with staff members. School staff don’t know enough about students to raise red flags.

It’s time to extend this policy to people who spend more time with potential student shooters, to people who surround these potential shooters everyday: other students. Students can easily recognize shooter symptoms, and would know if their classmate is eating lunch alone or being bullied, for example. We should use this to our advantage.

We should extend the policy to students and give them an opportunity to flag potential shooters. If a certain student has been flagged by multiple classmates, the school’s administrators can look into searching for that student. Students themselves are the last piece of the puzzle to an effective Red Flag policy. With this completed puzzle, we can finally turn our preventative action into pre-emptive action and protect our schools. 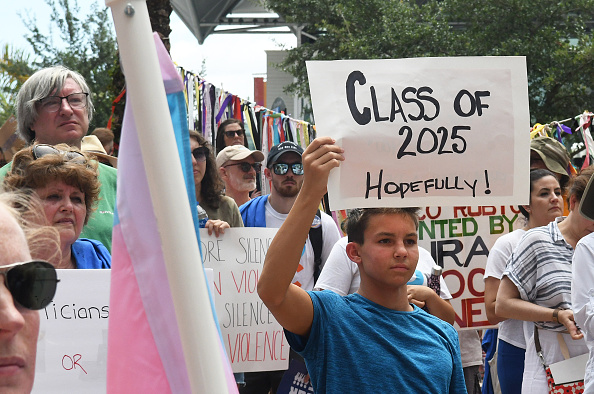