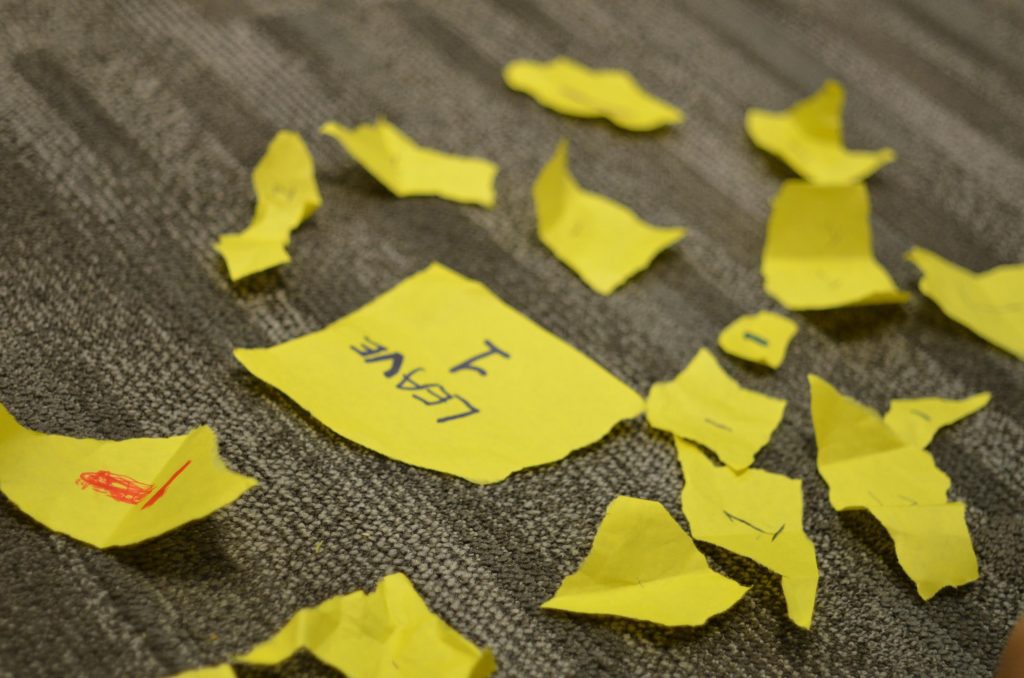 Student protesters at Texas State decided to leave the space they were occupying with a majority vote. (Photo by: Jakob Rodriguez)

After holding a sit-in for over 48 hours, students at Texas State University ended their demonstration at the LBJ Student Center after receiving assurances from administration that their demands would be met. The collective voted 41-18 to leave the space.

Student activist Tafari Robertson, who led the group, said he is proud students held administrators accountable and that students are “prepared to either reoccupy the space or escalate the situation” if admin goes back on their word.

“This isn’t the end, this is not us giving up, and this is not us pretending that this school will suddenly be better for us,” Robertson said. “It’s really up to the administrators to prove that they are worth anything at this point.” 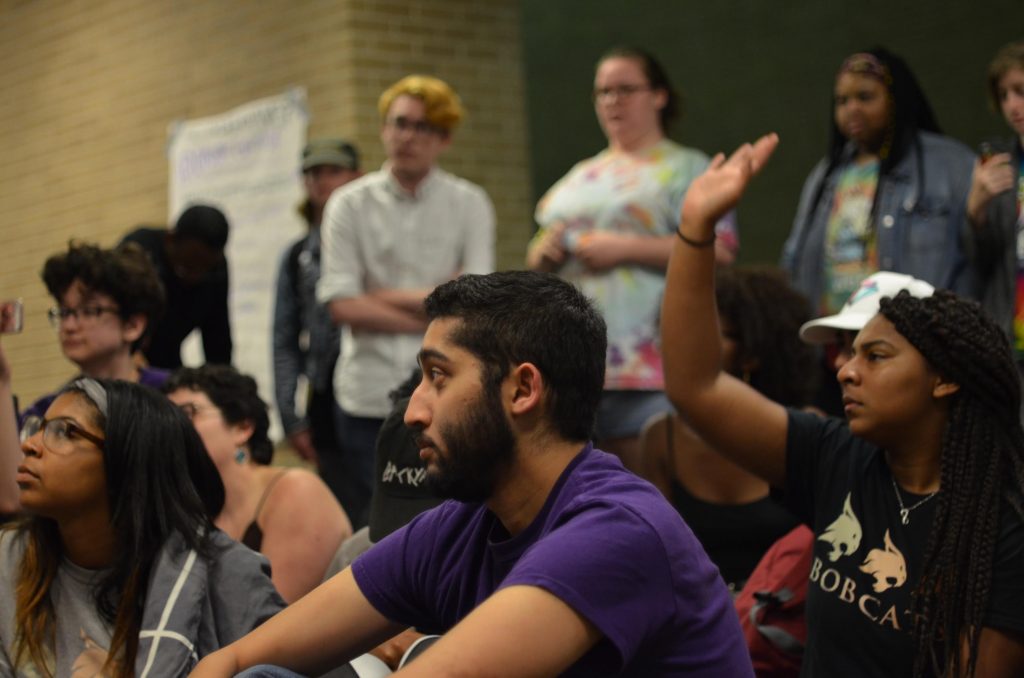 Students discuss leaving the space they had occupied for over 48 hours. (Photo by: Jakob Rodriguez)

The sit-in began in response to the failed impeachment of student government president Connor Clegg. Impeachment charges were initially brought against Clegg in late February based on alleged misconduct. The student newspaper, The University Star, reported that Clegg was under fire for posting racist and sexist images on his personal Instagram account.

More detailed information to be published next week about development of the African American Studies minor, which is proposed to start Fall 2019.

I will be following up on diversity and inclusion issues by exploring the expansion of courses to be offered in our core curriculum. 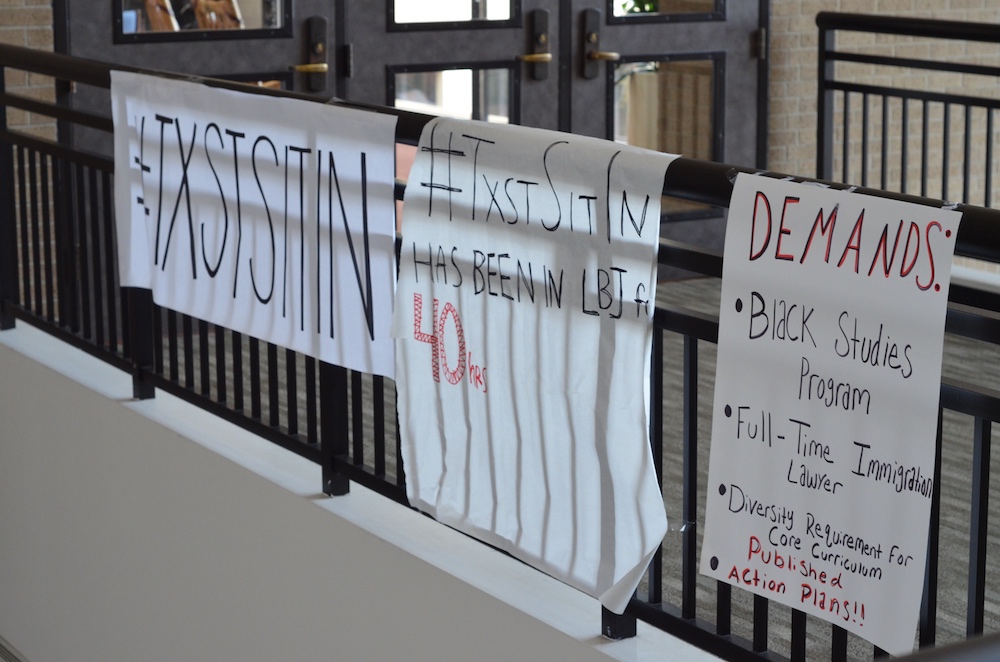 The effort to remove Clegg is also moving forward.

.@txstSG is holding another joint session today for the trial of Student Government President Connor Clegg. The session is at 7 p.m. in the LBJ teaching theater https://t.co/tel9YS6ZjP

The Texas State University sit-in came just a week after Howard University students ended a nine-day takeover of the school’s administration building demanding adequate housing for students under 21, addressing the campus rape culture and disarming campus police officers. They too ended their demonstration when administration agreed to most of their demands.