Young people are notorious for low voter turnouts, but these organizations aren’t here for that nonsense.

They know Generation Z is interested in policy and that some teens are already heavily involved in politics. Here are some organizations campaigning to sign up young people for the upcoming midterms and even the next presidential election.

Who They Are: Music speaks to people of any age, but it specifically vibes with teens and young people. Headcount is an organization that uses music to reach youth and help them register to participate in elections. They partner up with musicians, such as Jay Z and the Dixie Chicks, that align with their message for young folks to be engaged voters.

Their Focus: Headcount aims to reach the young voting block where they already are—concerts. The organization is looking to turn the sentiment of change that’s delivered in music into action in the form of voting.

How To Get Involved: Both paid and unpaid opportunities are available right now with Headcount. Many are volunteer positions that aim to dip young people’s feet into civic engagement. Most qualifications are centered around enthusiasm and willingness to engage with other young folks about the importance of voting as a young person.

Who They Are: Eighteen x 18 is an online campaign started by 18-year-old Black-ish and Grown-ish star, Yara Shahidi. Being in Hollywood has given this young actress a chance to use her platform for something bigger. Since she turned 18 years old in February, she knew that this year would be her first time voting in an election. She wanted to encourage her peers to participate as well.

Their Focus: Engage young people to be active and vocal about what they want to see in their government. By calling upon their own experiences, they can figure out what issues are important to them. Shahidi’s main goal is to register her peers and have them ready to vote for the 2018 midterms.

How To Get Involved: There aren’t ways to volunteer or work for the campaign. But you can follow Eighteenx18 on social media. They’re on Snapchat, Instagram, Facebook, and Twitter @eighteenx18. Use the hashtags #WeVoteNext and #eighteenx18 to help promote young-voter registration.

Who They Are: 22×20 is a campaign headed by The LAMP, an organization that teaches students, parents, and educators media skills, and the Center for Information and Research on Civic Learning & Engagement (CIRCLE), which focuses research on young people in the United States.

Their Focus: Empowering the 22 million teens who will be eligible to vote in 2020, and get them to the polls in the next presidential election. They want to register young people and educate them to ensure they are informed voters by providing sources such as educational materials and informational action parties.

How To Get Involved: 22×20 is always aiming to get more people on board with their movement. They’re looking for people to develop educational materials, campaign in their own communities, design graphics for their website and content, help run social media, or even host an Action Party.

Who They Are: The campaign is based in New York City, and run by six women with the same goal—getting young people to commit to exercising their right to vote. Motivote is aware that young people have low voter participation in comparison to other age groups. They are working with YVote to encourage 18-year-olds to vote in November.

Their Focus: 80% of young people didn’t vote in the last midterm election. They are trying to change that by getting young people to encourage their friends and keep them accountable for voting. They want new voters to take a pledge and spread the word to their friends.

How To Get Involved: Motivote is currently looking for beta testers to try out their voter pledge program. By signing up to be a team lead, your goal would be to keep your team of friends on track to vote in November.

Who They Are: Founded three years ago, Inspire U.S. supports high school volunteer leaders in registering their peers to vote. Through their campaigns in schools led by student volunteers, they have signed up over 50,000 teens to vote.

Their Focus: Each state has different requirements about registering to vote. But in many states, high school students are allowed to pre-register to vote. That is why Inspire U.S. works with high school students. They want to reach young people early and register them to vote even when they haven’t turned 18 yet.

How To Get Involved: You can get involved with Inspire U.S. by becoming a volunteer and engaging students at your school to vote. 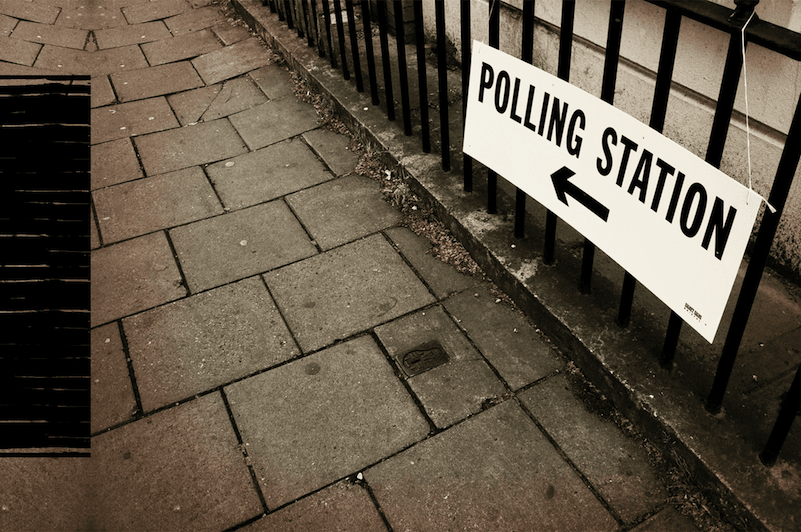