Sunni Son, who goes by “lambbchops” online, was livestreaming World of Warcraft on Twitch — just like any other day in her life as a professional Twitch streamer — when she received an “unban request” from a viewer who has stalked, doxxed, and threatened her hundreds of times. It wasn’t the first time this viewer had made such a request to come back into her chat, or even the first time he had done so that day, but in that moment, she couldn’t take it anymore.

Upon seeing the request, Son pushed her microphone away, stood up out of her chair, and screamed, “Leave me alone!” In what she described as a “mental breakdown,” Sun then threw her headphones on her desk and cried on stream, yelling, “Leave me alone” over and over again as her viewers looked on.

“I felt helpless, like it would never stop — which it hasn’t,” she later told YR Media.

The events leading up to this moment — which Son has posted a video of on Twitter—were just one example of the “nonstop abuse and harassment” that she says she has experienced on Twitch over the last several months. And she’s not alone.

Kaitlyn “kaiito” Brown, who also streams World of Warcraft on Twitch as her full-time job, said the same user has been stalking her online for years. At first, she recalled, “He was — it seemed — like a normal viewer. I had no wariness of him.”

However, the viewer’s contact with Brown quickly escalated from pestering messages to threats of violence. “He made a lot of death threats … He said he would send me Anthrax in the mail, he said he’d send me a bomb,” she said.

Videos and screenshots shared with YR Media and posted online show that both Brown and Son have also been subjected to regular doxxing and attempted hacking by this individual.

Eve Crevoshay, the executive director of Take This, a non-profit mental health organization catering to the video game industry and community, says that while the experiences described by Brown and Son are certainly extreme, they are not unusual, particularly for women livestreamers in the gaming world.

“We see it all the time,” Crevoshay said. According to Crevoshay, intense or sustained digital harassment — similar to what Son and Brown have experienced — can lead to a number of mental disorders and long-term trauma responses in the victim, including post-traumatic stress disorder, anxiety disorder and depression.

“People are all different, so we have different reactions to this kind of emotional upset,” she said. “But it definitely does and can trigger all kinds of emotional challenges.”

According to a 2019 study conducted by the Anti-Defamation League’s Center for Technology and Society, approximately two-thirds of people who play video games online have experienced “severe” harassment similar to the experiences described by Son and Brown, “which includes physical threats, stalking and sustained harassment.”

And although misogyny in gamer culture has received much criticism and media attention since the Gamergate controversy of the 2010s, women are not the only demographic group who are regularly targeted by online harassers.

“Among online game players who experienced harassment, 53 percent reported being targeted based on their race, religion, ability, gender, gender identity, sexual orientation, or ethnicity,” the ADL wrote in an article about the study.

“The amount of harassment that a Black woman or a Black, queer woman gets on Twitch versus a white woman is so profoundly different,” said Crevoshay. “Any amount of access that they have — both to viewers and to power structures and visibility …The layers there are so different, and I think talking about harassment in these spaces as just a gender issue is too narrow.”

Many victims of digital harassment in the gaming world — including Son and Brown — say that one of the most upsetting aspects of the experience is encountering stigma and ignorance when they reach out for help from friends, family, and even law enforcement.

“I hate it when people tell me just to ignore it, because it doesn’t work,” said Brown. “Ignoring it does nothing, except it makes me suffer in silence.”

“We’re in a world where people don’t take us seriously because we’re women, we play video games, and we do it for a living,” said Son.

On top of this stigma, both women say that the harassment has also negatively affected their live streaming businesses, ultimately leading to substantial losses of personal income.

For example, Son says the harassment inadvertently caused her to be denied from the Twitch Partnership Program (a special privilege available to popular streamers which allows them to earn revenue directly from viewer subscriptions). Emails sent to Son by the Twitch Partnerships Team and shared with YR Media show that Twitch denied her application to the program because she had deleted previous broadcasts (or “VODs”) from her profile, a decision she says she made after the same harasser uploaded her videos to YouTube, sometimes alongside her address. The emails show that Twitch declined to make an exception for Son with regard to this requirement for partnership, even after she explained the circumstances.

Crevoshay says that this is an unfortunate, but not uncommon experience for victims of online harassment. “The experience of losing revenue and harassment causing somebody’s business to be threatened as a streamer is not an outlier,” said Crevoshay.

Crevoshay, Son and Brown each suggested that because Twitch.tv has dominated the online gaming and content creator space, the company behind the platform has a pivotal role to play in the prevention and detering of harassment.

“Being a woman or a minority on Twitch means that you will be harassed. Full stop,” said Crevoshay. “And Twitch is pretty late to the game in terms of addressing these issues, but they are in fact working on them right now.”

For example, Twitch recently updated its Hateful Conduct and Harassment policy to include a plan for addressing hate and harassment directed toward members of its community, even when the harassment takes place off of the platform.

Even so, Son and Brown say they have received no help from the company in addressing their ongoing harassment. Both creators told YR Media that they’ve reached out to Twitch’s technical support team for assistance multiple times, to no avail.

“Twitch has not even tried to reach out to us, and there have been countless reports,” said Son.

Press representatives at Twitch declined to comment on any harassment reports filed by Son or Brown, due to “privacy concerns.”

The Twitch support website says that anyone who files a report of harassment will be notified via email if that report is acted upon. However, according to the “How to File a User Report” page, users will not be notified if the report “relates to alleged criminal behavior,” or if “action was taken for a different reason than the one you reported.” Twitch PR representatives did not respond to a request for explanation of this policy.

When asked how they think Twitch could improve its policies around harassment on the platform, Son and Brown said they’d like to see the company do more to teach aspiring streamers how to protect their personal information online, and more transparency around the process for policing abuse.

For her part, Son has created a series of instructional TikTok videos containing tips and tricks for aspiring streamers looking to protect their identities online.

Crevoshay says that while resources for individuals experiencing digital harassment in the gaming world — such as The Games and Online Harassment Hotline — are becoming more easily accessible, industry-level change will likely be much harder to achieve.

“At the root, if you don’t have people who make decisions — design decisions and executive decisions — who understand intrinsically, or have experienced, or who are sympathetic to issues of harassment, then they’re not going to be addressed at a macro level. Until we have truly transformative diversification of tech company staff and game companies staff, you’re not going to get transformative changes in the community and infrastructure design.”

“The problem is the industry is big and slow, and these problems are happening all the time, in real time,” said Crevoshay. 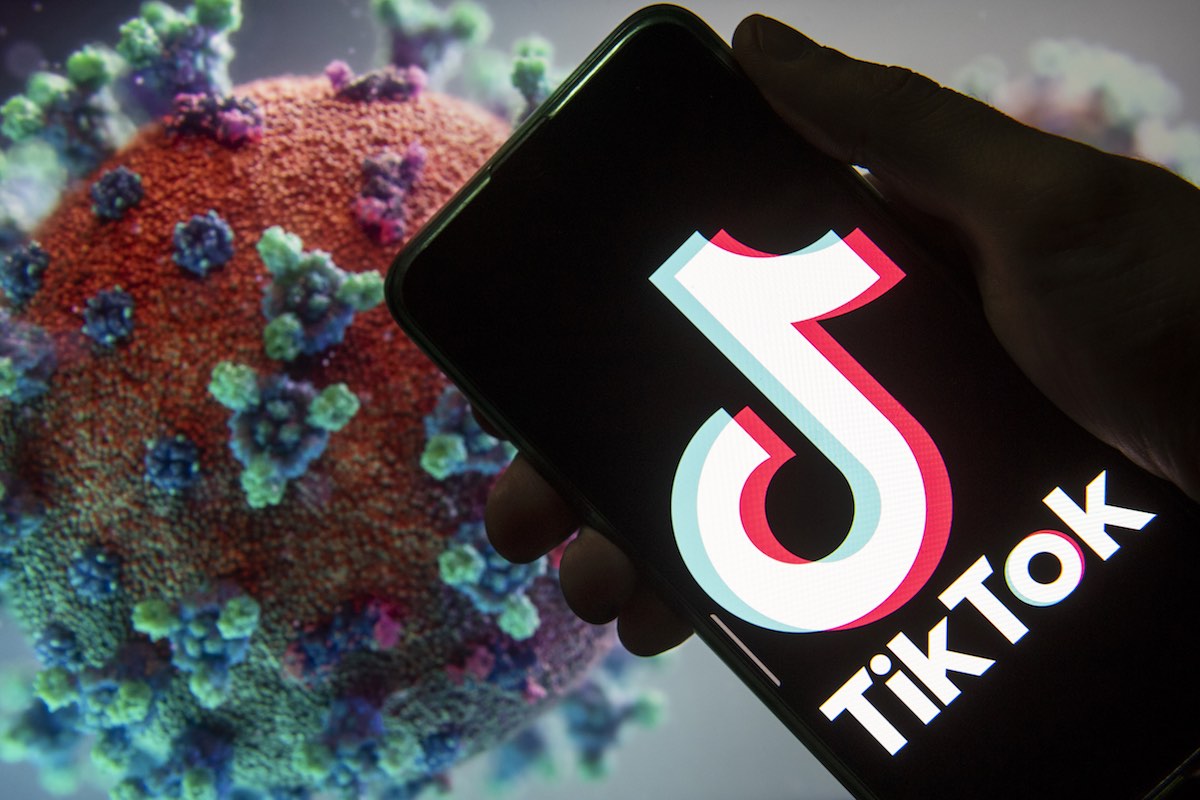 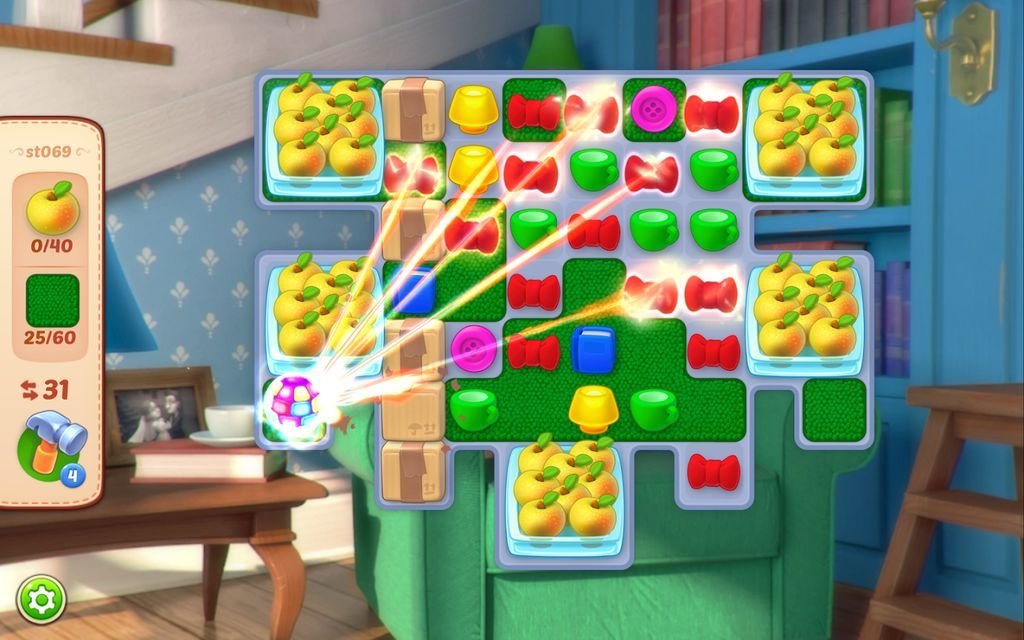