Actor/model/poet Demetrius Harmon on how social media and his mom helped save his life.

YR Media’s Nyge Turner and Merk Nguyen get real in their feels about mental health issues with model, actor, and poet Demetrius Harmon (who you might’ve seen glowin’ up on Vine back in the day #RIPVine). His candid conversation with the co-hosts goes into dealing with feelings, how his mom literally saved his life, plus why some communities of color don’t talk about depression or anxiety.

This interview has been edited for length and clarity. Check out the full conversation on YR Media’s Adult ISH podcast (episode 7 – Self ISH).

Nyge: We’ve seen you with Zendaya, with Yara Shahidi, with Khalid on the “Young Dumb & Broke” video, and you have over 900,000 followers on Instagram. Is it safe to say that you’re out there you know, Lil Duval, “living your best life”? Or does real life sometimes get in the way?

Demetrius: It’s a mixture of both because I struggle with being depressed and anxious. I think I look so happy within those moments because when things are happening, I really take everything in as it is.

Merk: You once tweeted “the best/worst thing that happened to you was Vine.” What did you mean by that?

Demetrius: It’s a good platform, but a gift and a curse because people try to dumb down the things you do. That’s a part of why I changed my name [from Meechonmars to Demetrius Harmon] because I wanted to separate myself from that.

Nyge: When I first found you on Twitter, that was a really rough part of my life. I think three years ago, my anxiety got so bad that I was hospitalized and everybody thought I was crazy. I would watch your videos and was like, “I’m not crazy.” You’ve always been extremely open about your depression and anxiety. Has that always been the case?

Demetrius: Not really. [Sophomore] year I tweeted something in relation to being suicidal. I never told people in my school what I did, never expected them to find my Twitter. One of my friends brought it up and I was scared because I didn’t really talk about it to people. I didn’t like the idea that [they] had that power to make me feel bad about it. So, I decided I would take control and make it visible. No reason why anyone should be scared to speak about how they feel because when we don’t, that makes it worse.

Nyge: I can’t speak for other communities of color but as black men we don’t really talk about mental health in our culture. Why do you think that is?

Demetrius: If we look back at generations, like my grandmother’s generation, they had to deal with Jim Crow laws. Your feelings [got] put on the back burner because you were living in paranoia. Now we’re starting to focus on things that affect us internally, because I don’t think they had the time to do that [before]. My grandma has become more open and she understands why my dad [is] maybe closed off. She kind of raised him to think, “One, you’re a man, you’re not supposed to show these emotions. Two, you’re a black man, you have to be on defense and be strong.”

Merk: I think [some] of our parents’ generation came from the Vietnam War. There was so much trauma they just didn’t talk about. I feel like that does a disservice to people our age because we recognize the problems and it’s like, “My parents aren’t talking about it. Why should I?” But I have a lot of hope for our generation speaking up.

Nyge: Yeah, I think something sobering is: right now we’re three people of color having a conversation on a platform about mental health.

Merk: There was a video that you tweeted back in July [where] you talked about your mom and how she came through when you wanted to take your own life. Were there any specific things she did that made all the difference for you?

Demetrius: She validated my feelings. My dad is the opposite of me when it comes to emotions. I was a crybaby back in the day and when I would cry, my dad would tell me, “Stop being a little girl.” And my mom would just let me cry. She wouldn’t tell my dad about me being late to school and stuff like that to protect me. One absolute thing I know is that my mom loves me. It’s part of everything I do.

Merk: What’s great about people like you is that you provide a voice that some other people don’t have within themselves to really share. I struggled with that when I was younger. Seeing people like you vocalizing how you’re feeling and who you are on the inside, it’s really a breath of fresh air.

Demetrius: Thank you. This is really good to hear.

Nyge: We usually ask our guests to drop a little bit of knowledge to their younger selves [with us]. In this case, we’re going to drop advice to our future selves. Let’s go…

Merk: I would say listen to your kids and value what they have to say.

Nyge: [My advice] would be: believe them when they say how they’re feeling.

Demetrius: I would say don’t hit your children because it reinforces fear in them. Listen to them about the things they want and don’t get too consumed with work. 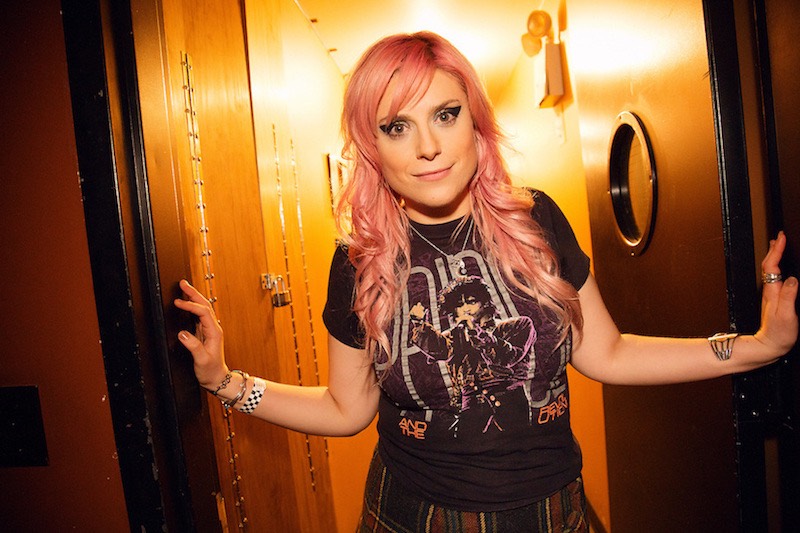