Growing up with instant access to information is convenient but comes at a cost. Misinformation spreads easily and quickly. With the rise of fake news and infiltration of bots across social media, we need a new kind of media literacy.

Luckily, we know some young people who are creating just that, and fittingly, they’re using phones to do it.

Three years ago, the National Science Foundation backed YR Media and MIT App Inventor to launch the Youth Mobile Power project. Our goal? To help young people across the U.S. make technology that makes a difference, and to share their stories.

Next month, we’ll officially announce the winners of our Youth Mobile Power App Challenge. More than 30 teams of young people used YR Media stories to scout for issues they’d address with apps they made from scratch. Contestants built their apps using a tool called App Inventor that MIT developed to give everyone access to the power of mobile computing.

YR Media’s Adan Berrera talked with the winners about their apps. The two projects that got top marks are both designed to help peers see through digital deception and stay informed. High School Division winners Madison Maynard and Cassidy Everett created “How to Handle Your Bully,” which offers tips on what to do when you encounter bullies online and helps you differentiate between a real cyberbully and a bot. Middle School Division winner Kaitlyn Tait produced “Politica,” an app that educates young people on the basics of politics.

The interviews have been edited for clarity and length.

App: How to Handle Your Bully

Adan Barrera: Why did you pick the article, “Bot or Bully?”, to base your app on?

Madison Maynard: Well, that [article] really caught our attention. We are online a lot. So [we were] thinking of the bullying that goes on online. And then we could connect it to bullying in real life too. Just [knowing] kids being bullied in school — it could help them out [to] be able to tell whether they are bullied online by a real person or not.

AB: How did you begin developing the app?

Cassidy Everett: A big inspiration for us was a website called, “Safe2Say Something.” If [someone is getting bullied] and they don’t know who to tell, they could email in a tip or call in through the website. If it was happening in school, the website would notify the principal and teachers. If the situation is more dangerous, then they would connect to the police. We thought that was really cool, so we had that in mind when we were doing our app.

AB: Can you walk me through how the app works?

CE: The app starts with asking if the bullying is happening online or in person. And if it’s online, the app asks the user questions to determine whether it’s a real-life person or an online bot that’s the bully. [Then] the app gives ideas on how to deal with someone who might be a bully. It provides advice based on the user’s responses to the question. It keeps asking questions until it knows enough about the situation. Once it gets enough information, it will provide recommendations on how to deal with the situation. And everything ends with a web page — a resource that can help you more if they’re still a little confused about what to do.

A: What technology is used to be able to distinguish a cyberbully from a bot?

CE: So if it was a person that posts an inhumane amount of times, that’s going to be a bot. A real person would target specific groups of people that you know or would say things that people wouldn’t know unless they were real.

A: What was something you learned during this project? It could be technical or something about yourself.

MM: There is a way to help. Even if our app was implemented it would probably be to a small audience, but if there was just one person that our app helps, then we would have had an impact. And I think it’s important for young people to realize that they can make a difference in situations like that.

Adan Barrera: Why did you pick the article “Ready to Vote?” What were some of your initial ideas for your app?

Kaitlyn Tait: I used to live in Northern Virginia where my dad and I would visit D.C. a lot, so I was exposed to the Pentagon and the Capitol from a young age. I figured that it would be cool to make an app based off of the government.

AB: Was there any particular audience you intended to make this app for?

KT: So I wanted to keep it at a level that the average elementary schooler could understand. When I was in elementary school we didn’t spend very much time discussing how the government runs.

AB: Could you walk me through how your app works?

KT: You open up the app and you’ve got a quick paragraph and the logo and then you’ve got five categories: political parties, the president, how laws are passed, different political positions and government contacts. You go on and there is some basic information and then you can choose to go into more depth or you can take a quiz.

AB: Why did you find it important to add quizzes to your app?

AB: Is your app meant to stay relevant for many years or is it specific to a certain time period of politics?

KT:  Well I figured that I would want it to be relevant for the next few years because it wasn’t focusing on current people who are holding office. It’s focusing on the system itself.

AB: What did you learn during this project?

KT: Well I did learn more stuff about the political system. I also learned how to do different formats of quizzes. Each of the quizzes in my app are coded differently and have a different appearance. So it has fill-in-the-blank quizzes, quizzes where you click buttons and true or false as well. 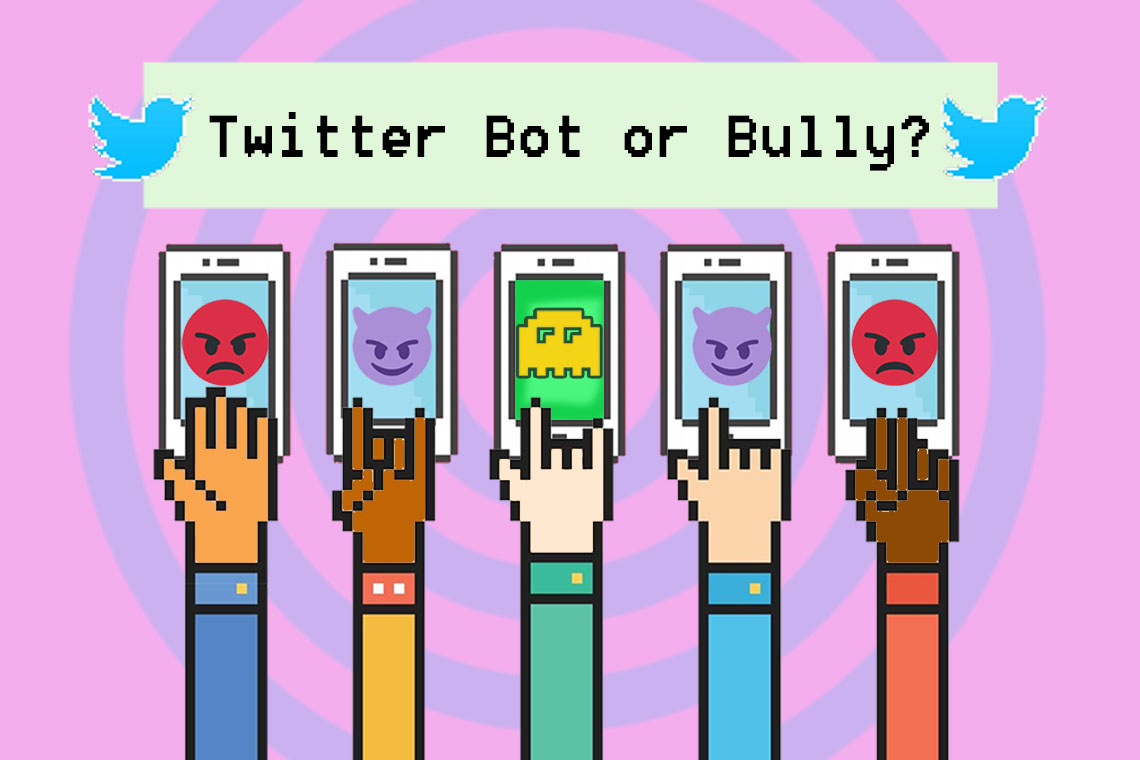